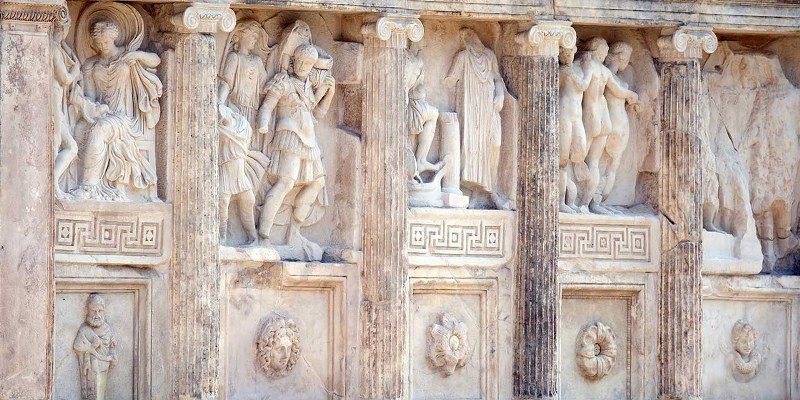 09:30 – Our travel team will collect you from the hotels in Pamukkale town then meet with other tour participants and professional local tour guide.

You are going to visit:
We will drive to Aphrodisias Ancient City. We will visit Sebasteion, Agora, Aphrodite Temple, Theater, Hadrian Baths, Odeon, Bishop Palace, Tiberius Portico, Stadium, Tetraphylon.
Aphrodisias named after Aphrodite because she has a sanctuary and a unique cult image in this city. In antiquity, the sanctuary in ancient Aphrodisias was distinctive with its cult of Aphrodite. The cult image of Aphrodite was a mixture of her Carian origins and several Anatolian deities. The ancient city, being close to a marble quarry, owned a famous sculpture school. It became a renowned city in the Roman world with its beautifully built sculptures. Today a lot of sculptures are still in a nice shape to see in Aphrodisias and Aphrodisias museum. Also, Aphrodisias is known as one of the best preserved ancient cities in Turkey country. Aphrodisias mentioned in Suda, a massive Byzantine encyclopedia, it is also famous among renowned scholars and philosophers. Xenocrates, who had been a student of Plato is believed to live in Aphrodisias ancient city.
At the end of the Aphrodisias guided tour from Pamukkale, return transfer back to the hotel around 16:30.