In 129 BC, King Attalos of Bergama (Pergamon) inherited his kingdom to the Roman Empire for the enti…

What is Arsta? As a kind of word that we will not encounter very often in everyday life, Usually mea…

Salda Lake has a charming blue color. It is among the deepest lakes in the world with a depth of 184…

Turkey has a very important tourism potential with its natural beauty and cultural values and every year, it hosts millions of tourists. In the past periods, Turkey became a frequent destination for many different civilizations and has become a cultural cult over time. Our country is considered to be a destination attracting tourists all over the world in terms of culture and faith tourism. Since it is a country where the four seasons live and the historical texture reflects both its own and different cultures, it is frequently preferred by travel lovers. There are many places worth to see in every point of Turkey such as Istanbul, Izmir, Bursa, Cappadocia, Eskişehir, Nevşehir, Trabzon, and Van. Turkey; as well as cultural tourism that you can go in every season, turns into an important sea tourism center especially in summer, due to the fact that the three sides are surrounded by seas, the climate is convenient and natural resources are found.There are attractive places for sea tourism in Mediterranean coasts such as Kaş, Finike, Kemer, Antalya, Mersin and Aegean coasts such as Kuşadası, Bodrum, Marmaris, Ayvalık, Fethiye, and İzmir. The coastal areas are also able to become a focus of attention for tourists because they are suitable for water sports such as rafting, slope parachuting, nature walks and many other sports activities.

In 129 BC, King Attalos of Bergama (Pergamon) inherited his kingdom to the Roman Empire for the entire region to join the Roman Empire as an Asian state, and they benefited from the conditions of this testament. Ephesus became a very important trade center in the period of Augustus and after. Historian Aelius Aristides describes Ephesus as the most important …

END_OF_DOCUMENT_TOKEN_TO_BE_REPLACED 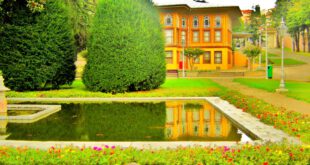 Aynali Kavak Kasri that embellished the Golden Horn shores for three centuries and now is known as the Aynalikavak Kasri, is the only example that can be reached today from the group of a structure known as “Ayanalikavak Palace” or “Tersane Palace” during the Ottoman Empire. According to the information from the historical sources that introduced Istanbul, the area was …

END_OF_DOCUMENT_TOKEN_TO_BE_REPLACED 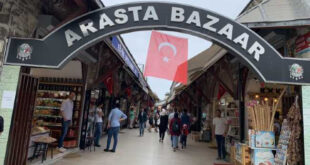 What is Arsta? As a kind of word that we will not encounter very often in everyday life, Usually means the market in which the sale of the same kind of products is made. Over time, different kinds of products have been added to these markets and it has begun to lose its meaning slowly. Nevertheless, he never lost his …

END_OF_DOCUMENT_TOKEN_TO_BE_REPLACED 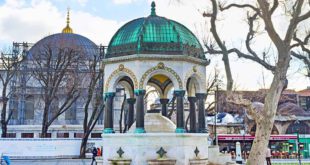 German Fountain is a historical fountain in Sultanahmet Square in Istanbul opposite the Sultan Ahmed Tomb. German Emperor II. Wilhelm`s gift to Istanbul and Sultana II. Abdülhamit Han. It was built in Germany and was replaced in 1901 in Istanbul. Neo-Byzantine is a fountain in the basilica; It is decorated with gold mosaic inside. The German Fountain was dedicated to …

END_OF_DOCUMENT_TOKEN_TO_BE_REPLACED 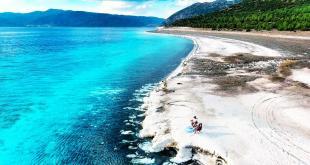 Salda Lake has a charming blue color. It is among the deepest lakes in the world with a depth of 184 meters. The characteristics of Lake Salda are similar to some kind of rock in Mars. Salda, a crater lake, has one of the most impressive images in the world. In Salda Lake, there are structures known as stromatolic rocks …