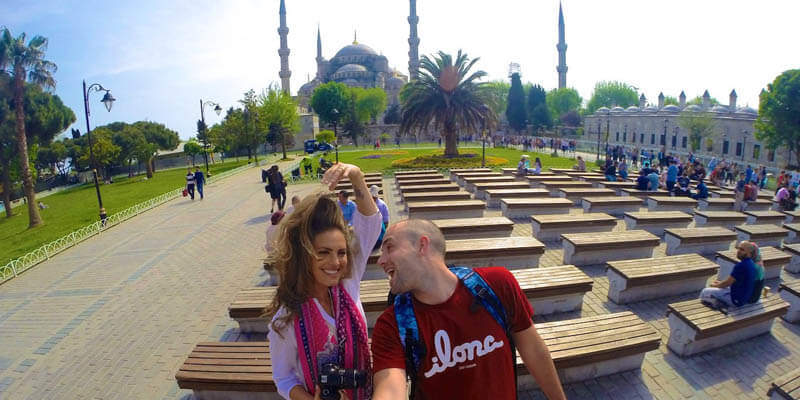 Istanbul is one of the most famous cities. The city is described as the cultural capital of Turkey. In addition to its relatively dense population, the city’s historical buildings are also popular. Every year, many local and foreign tourists visit here as part of different Istanbul tour packages.

Thanks to the best of Istanbul tour, you will have a chance to visit different regions of Istanbul. Both historical and natural beauties will make you enjoy your vacation. This Istanbul tour includes historical parts of mystic Istanbul and a cruise on the Bosphorus between Asia & European continents activities.

08:00 – 08:30 am ─ You will be picked up from your hotel in Istanbul.
You will be transferred to the first location of the Istanbul city tour. Then, the tour starts.

17:00 ─ The best of Istanbul city tour is ended.
You will be transferred back to your hotel in Istanbul.