Day Trip to Ephesus from Pamukkale 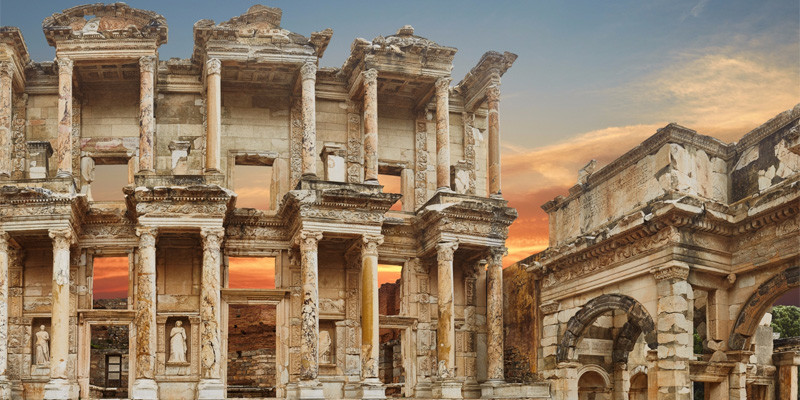 Ephesus is in Izmir, Turkey and is an ancient city with a very deep historical value. The Ancient City of Ephesus is located in Selçuklu district. The region refers to an area belonging to the Classical Greek Period and used by the Ionians. The area is spread over a very wide area and there are several structures here.

Thanks to our tour called Day Trip to Ephesus from Pamukkale, you will have a chance to visit the region accompanied by our tour guides.

06:30 am ─ You will be picked up from your hotels in Pamukkale or Karahayit. After meeting with our staff, you will be transferred to the Ephesus Ancient City.

16:00 ─ Ephesus tour from Pamukkale is ended.
You have lots of options for your drop-off point. If you want you will be transferred to these locations as follows: your hotel in Pamukkale, your hotel in Kuşadası-Selçuk, Izmir Airport.