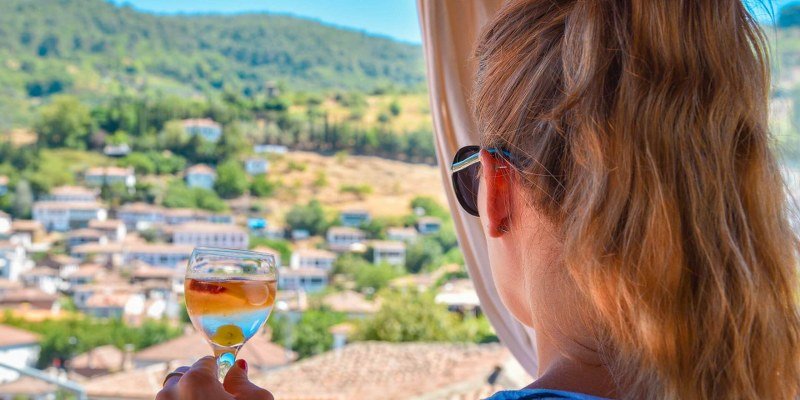 Once you come to Izmir cruise ship port, you will witnesses the marvelous Ancient Ephesus by joining our well organized Izmir shorex tour for the port. You will soon admire the beauties of Ancient Ephesus with a high-quality tour organized by our professional travel team. Also, we will get a chance to see the Temple of Artemis and Sirince Village.

You will be picked up from the Izmir Port Passenger Terminal by your guide and taken to Ephesus, one of the most spectacular places in the world, one hour away from Izmir.

Ephesus, which is one of the most important centers of the ancient world, has been inhabited for almost 9000 years throughout Hellenistic, Roman, Eastern Roman, and Ottoman periods starting from prehistoric times and has become a very important port city and cultural and commercial center at all stages of its history. The Hellenistic and Roman Periods contain the symbols that shed light on the superior urbanization, architecture and religious history of Ephesus. There are examples of the most outstanding architectural and urban planning of different periods. Throughout the tour, you will admire every corner of it, and take many beautiful pictures.

You will get a chance to see the Temple of Artemis. The temple dedicated to the goddess Artemis was completed in 550 BC in Ephesus. The temple was built entirely of marble. Only one or two pieces of marble are left behind today, which is considered one of the Seven Wonders of the World.

Then next stop is Sirince Village. The village declared as a protective area, whose architectural texture was preserved by being loyal to the old. Sirince, which has two floors of all houses, is fascinated with mansions that look like a picture in a remote green nature. It is very pleasant to walk among the old houses in the stone-paved narrow streets of Sirince.

You will take a break for lunch and enjoy a cup of traditional Turkish coffee. And, the final destination point is the Archaeological Museum of Ephesus where you will learn almost all history of Ephesus.