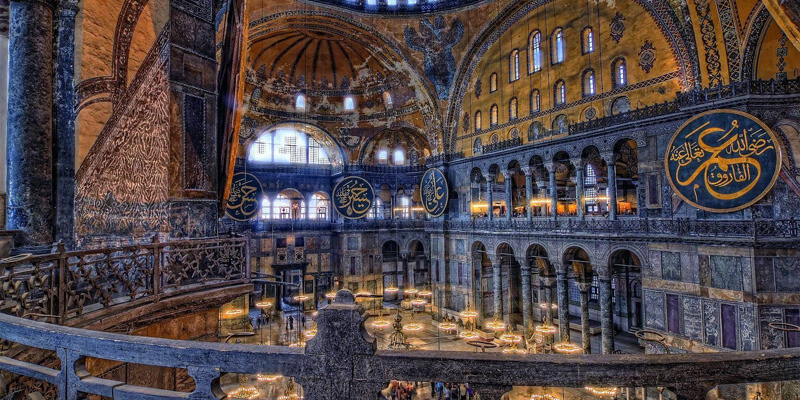 Istanbul, which comes to the forefront with its historical beauties, offers countless places to see for people. If you have a short time like four hours to travel whole Istanbul, then this holiday package will provide all your needs. Upon arrival at Istanbul Cruise Port, you will meet with our team and you will start the tour for 4 hours to visit the historical peninsula of Istanbul.

According to your cruise arrival time, our professional team will meet you at the exit of Cruise Port in Istanbul with a board your name is written on it and take you to Galata Bridge where you can take many beautiful pictures like a postcard. You will discover the three magnificent structures of Istanbul. The places you will see as follow;
The Blue Mosque; the example of classical Turkish art, Blue Mosque is the only one built with 6 minarets originally. Its location is surrounded by other important works of art that date back to the city of earlier Istanbul. The most beautiful view of the city of Istanbul is seen from the sea. In this magnificent view is the silhouette of the mosque. It is also famous with Iznik tiles.
Ancient Hippodrome; during the Byzantine period, the Hippodrome, which is located just in front of the present-day Blue Mosque, wheeler vehicles races were held. It was turning around this area called “Spina” where, Obelisks, Serpent Columns, and Millionaire monuments took place. The most important center of the city at that time was the square where many other important events such as various entertainments, coronation ceremonies, and victory regiments were held.
Hagia Sophia Museum; Hagia Sophia, considered as the first and last unique application in terms of architecture, magnificence, size, and functionality; It is a product of eastern-western synthesis, which has been inspired by the idea of the Ottoman mosques. This work is among the most important monuments of the world’s architectural history that have survived to the present day. For this reason, Hagia Sophia, along with its historical past, architecture, mosaics, and Turkish buildings, has attracted all humanity for centuries.
The Grand Bazaar stands out with its magnificence and grandness, is known as one of the most important trade centers of Istanbul, which is over 500 years old. With its content, the bazaar, which attracts the enthusiasm of shopping from all ages, also houses a rich cultural structure based on Byzantium and developed during the Ottoman era. You will admire this place.
When we complete our visit if your time permit, we will visit one of the shopping centers in the old city and you will have an opportunity to shop for unique goods.

According to your Cruise Ship departure time, you will be taken back to Istanbul Cruise Port.