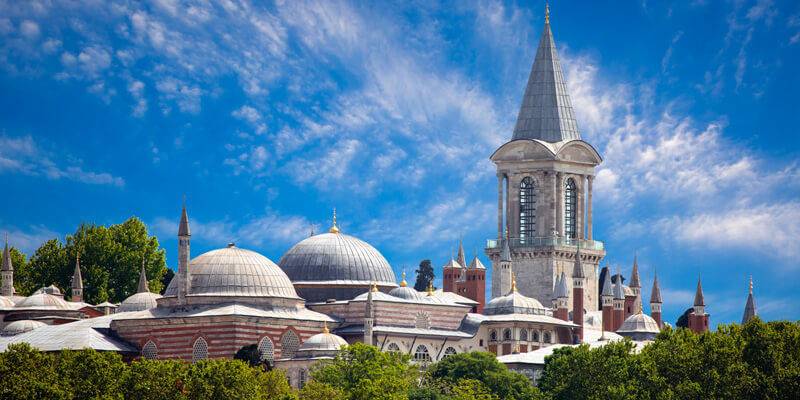 Once you come to Istanbul by International Cruise Ship, you will witnesses the marvellous architecture of Ottoman Palaces by joining our well organized Istanbul Shore Excursion for the port. You will soon admire the beauties of Istanbul with a high-quality tour organized by our professional team. Do not be late to book your Istanbul Tour! Especially, if you arrive in Istanbul by Cruise Ship and have limited time in Istanbul Port, this tour is suitable for you.

According to your cruise arrival time, you will be picked up from Istanbul cruise port by your professional Istanbul tour guide. The tour today contains many places but two of them are so important in terms of old architectural style and the European modern style. You will also walk in the Istıklal Street and take tram travel between Beyoğlu and Karaköy. To reach Topkapı Palace and Grand Bazaar, you will also use tram travel. Our tour will give you a chance to understand local life and how public transportation in Istanbul. The places we will visit during the day as below;
Dolmabahçe Palace; the palace was built under influence of Europe, Renaissance, and Baroque architectural style. It is confined by marble dock 600 meters long in the direction of the sea, with high walls facing the land. You will forget how time passed when you were visiting this magnificent palace. After visiting this spectacular structure, you will walk along the Istiklal Street where you can see music stores, cinemas, Book Stores, cafés, nice restaurants pubs, and nightclubs with live music, historical patisseries, and chocolatiers.
You will see the old history again as you pass through the Beyoğlu Tunnel, which is the second oldest metro in the world, coming into service after twelve years in London’s metro.
In the Spice Bazaar, you will see the many species gathering from Europe, Africa and Anatolia and more. It is regarded as one of the largest bazaars in the world. You can find also Turkish delight and other sweets, fresh spices, jewellery, souvenirs, and dried fruits and nuts.
Topkapi Palace; centered on the administration of the state, which houses the sultans of the Ottoman Empire, transformed into a world empire by the conquest of Istanbul, presents the political and social stories that change the world while the glittering treasures behind the simple architecture keep the mirror of personal joy and sadness behind closed doors.
The final location is the Grand Bazaar; many foreign visitors and even the locals of Istanbul see the Grand Bazaar as one of the most magical attractions of the city. The Grand Bazaar is a gigantic labyrinth with 67 streets and over 4,000 shops.
At the end of the tour of Ottoman Palaces, you will have an opportunity for shopping in the Bazaar or shops in Nuri Osmaniye Street according to your cruise departure time.

According to your Cruise Ship departure time, you will be transferred back to Istanbul Cruise Port.