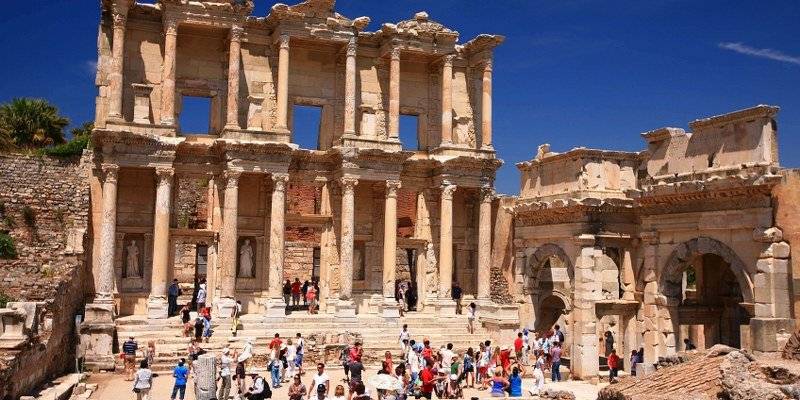 Izmir is one of the most popular cities in Turkey. The fact that the city has a highly developed daily life routine and is popular around the world in terms of tourism has made the city more preferable. Izmir is a constant tourist destination both in summer and winter. One of the most popular structures in Izmir is undoubtedly the ancient city of Ephesus.

The Ephesus Ancient City is located in a town called Selçuk. It is known that the city was used and built by the Ionians for many years. Some of the first advertising signs around the world, the famous library and architectural buildings reflecting the sophisticated city life, distinguish this city from the others.

In the Ephesus day tour, you will have a chance to examine all the structures in the ancient city in detail. This review will also be accompanied by the tour guide.

16:00 ─ Ephesus tour from Izmir Airport is ended.
Or it is possible to drop you off one of the hotels in Selcuk or Kusadasi town.
After this pleasant experience, our tour staff will transfer you back to Izmir Adnan Menderes Airport.

PS: If you do not return back to Izmir airport then at the end of the tour, we transfer you to Selcuk or Kusadasi.