Perge, Aspendos and Side Tour in Antalya 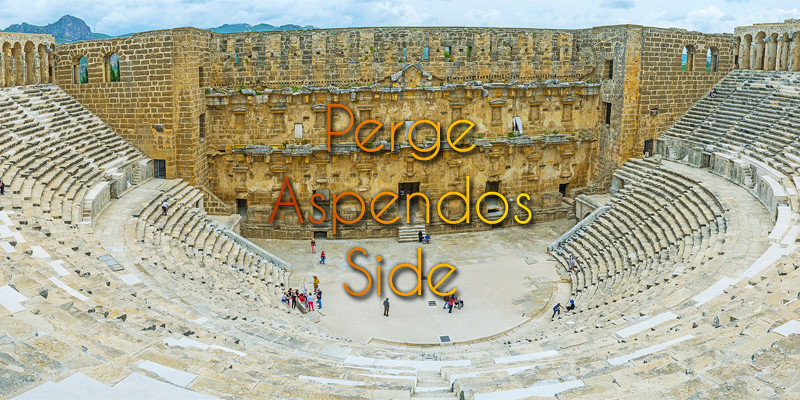 Antalya is one of the most popular tourist cities in Turkey. This city, generally known for its sea tourism, has hosted many civilizations throughout the ages due to its coast to the Mediterranean.

In fact, there are many historical buildings in the city. We organized a tour called Perge, Aspendos and Side Tour for those who would like to study the historical values of Antalya.

08:00 am ─ You will be picked up from your hotel in Antalya. (The time can be changed according to your hotel’s location.)
You will be transferred to Perge Ancient City. Then the tour in Antalya will be started.

17:00 ─ At the end of the Perge, Aspendos and Side tour, you will be transferred back to your hotel.