Cavusin Village is one of the most special regions in Cappadocia due to its special historical structures. The village has a very aesthetic appearance. Because in the upper part of the village, there are many cave houses built by people who lived here centuries ago. All the cave houses found here were built between the 3rd and 13th centuries. Due to the extremely hot climate in the region, people built their living spaces by using stones with higher thermal insulation power. Çavuşin region has been a very important region for many years both for the life of Muslims and for the life of Christians. Therefore, in addition to the old and valuable churches in the region, you can see mosques.

It is a pleasure to visit Çavuşin Village which is about 2 kilometers away from Göreme. Because there are cave houses you can examine, there are many small shops in the area where you can buy souvenirs. There are also small boutique cafes where you can taste local delicacies.

What We Have in Çavuşin Village?

There are many historical monuments in Çavuşin village. We briefly listed them. You can view the list:

While visiting these churches in Çavuşin, you will be quite surprised by the very interesting pictures inside the churches. Many of these religious-themed paintings made centuries ago are still extremely robust. Most of the paintings depict scenes of religious moments. Crossed Church, in particular, is one of the buildings that attract the visitor’s attention.

You can buy souvenirs and antiques while you spend time in Cavusin. Many people in Cappadocia are interested in ceramics. The people of the region, who are developed in the field of ceramic work, produce and sell many artistic works. You can see the stands where such products are sold in Çavuşin. If you want to bring a memory from Cappadocia to your home, ceramic can be a very nice alternative. Because ceramics are another reason why the region is famous. Crafts such as pottery are also very popular in the region. 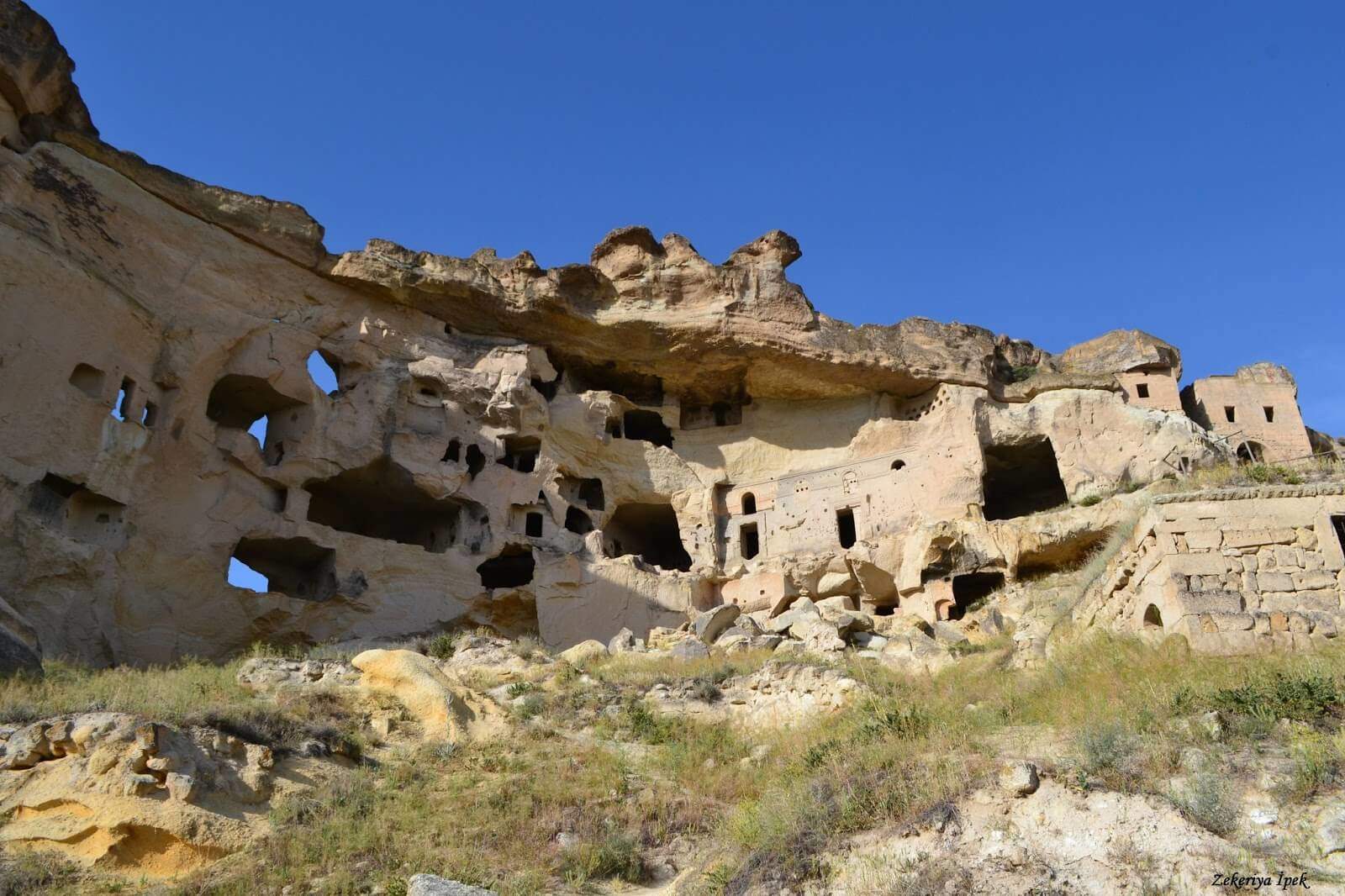 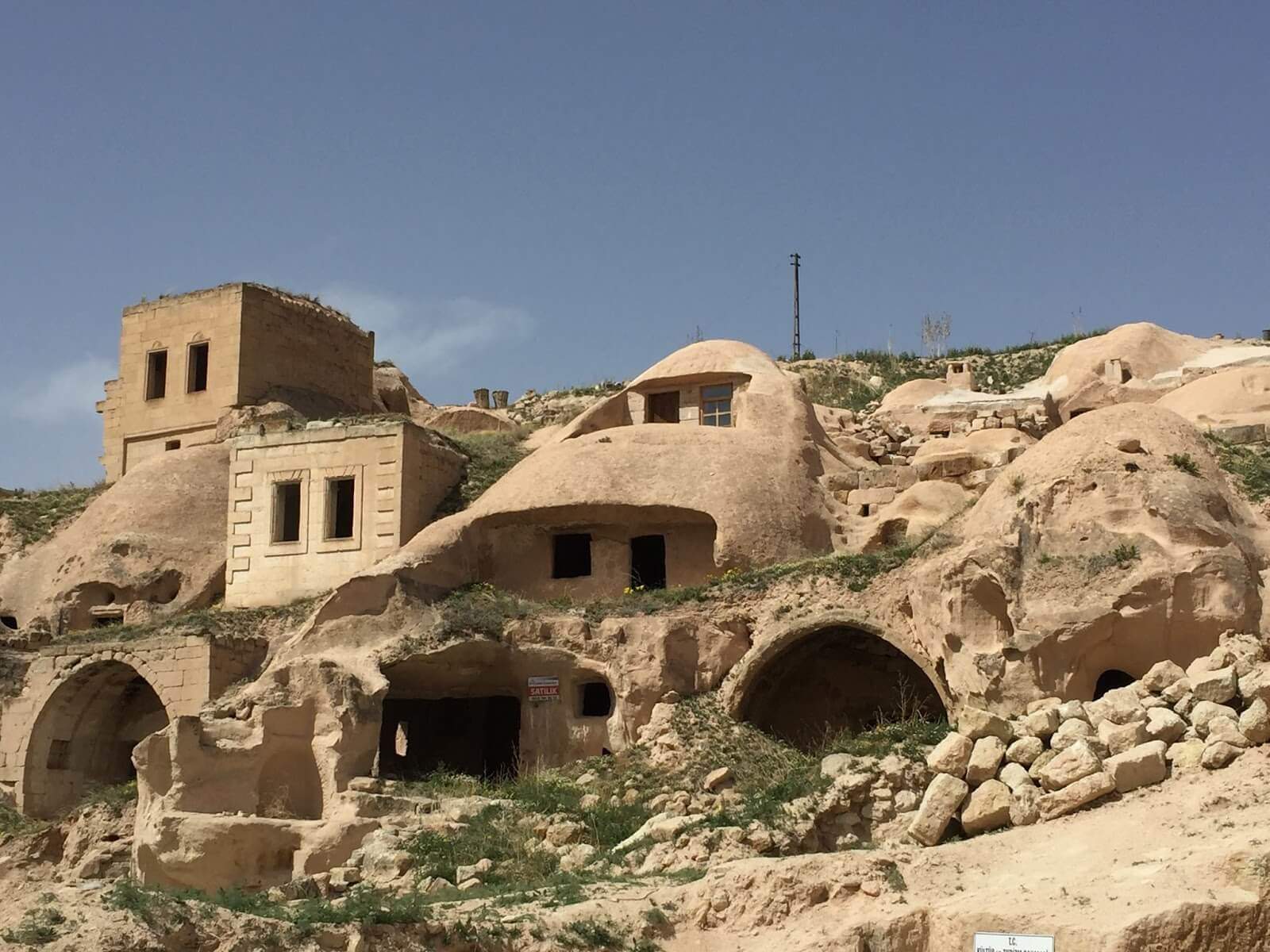 Like the other churches in the vicinity, taking photos with the flash on is restricted due to the tenderness of the interior. Also, the church owns a higher dome than the other ones in the city. In the paintings on the wall, you can see the imprisonment of Jesus, the crucification, and the death of him. In some places, there are paid portraying the journey of Jesus to Jerusalem too. This church is even older than the Muhammad Prophet himself. 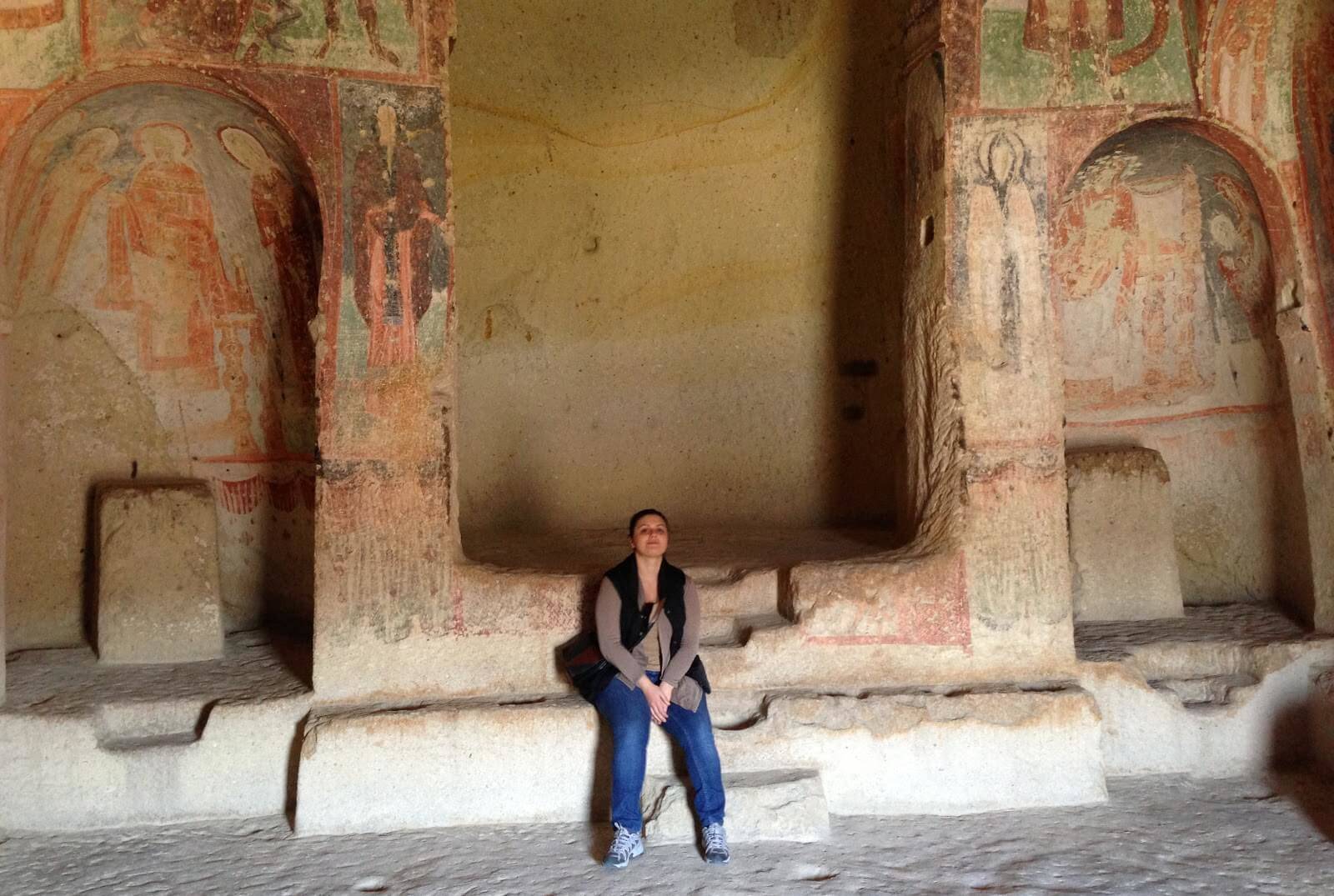 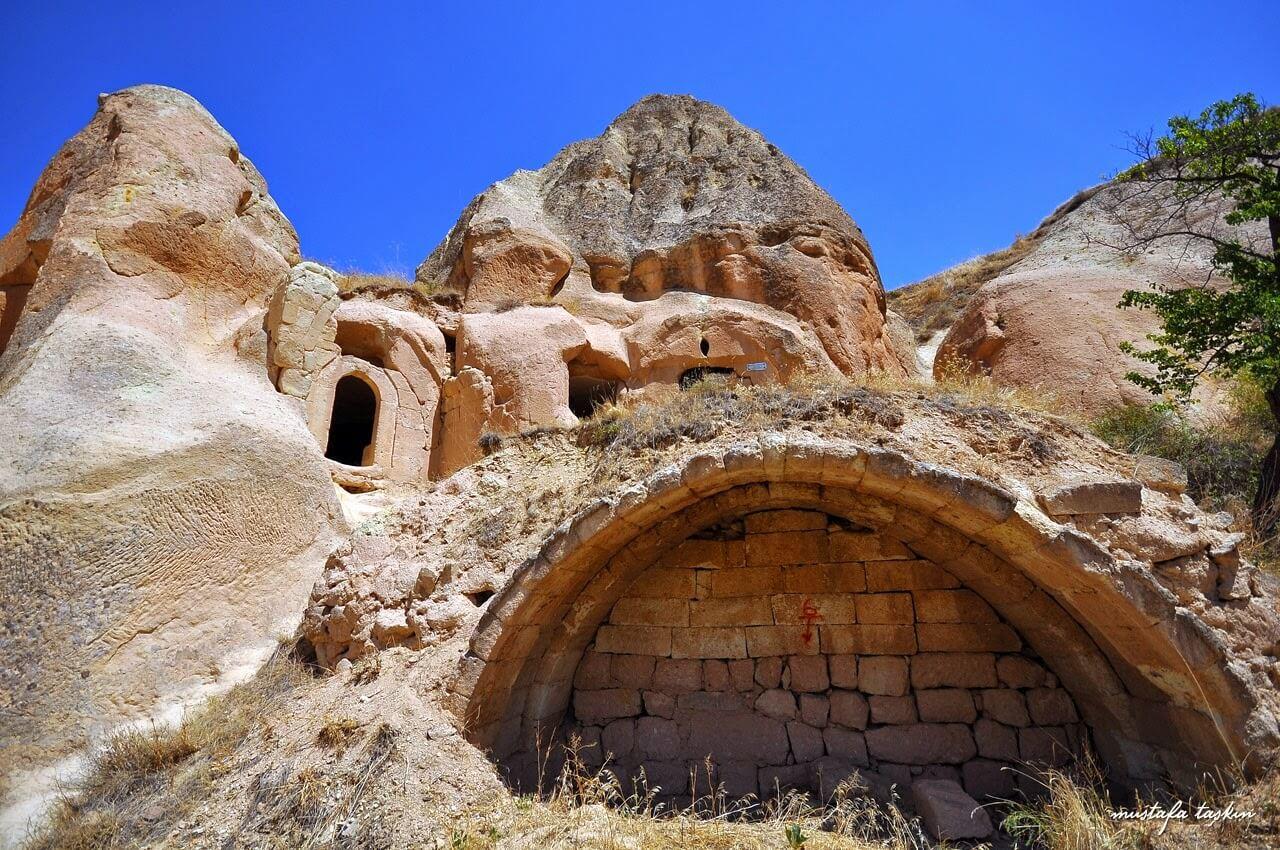 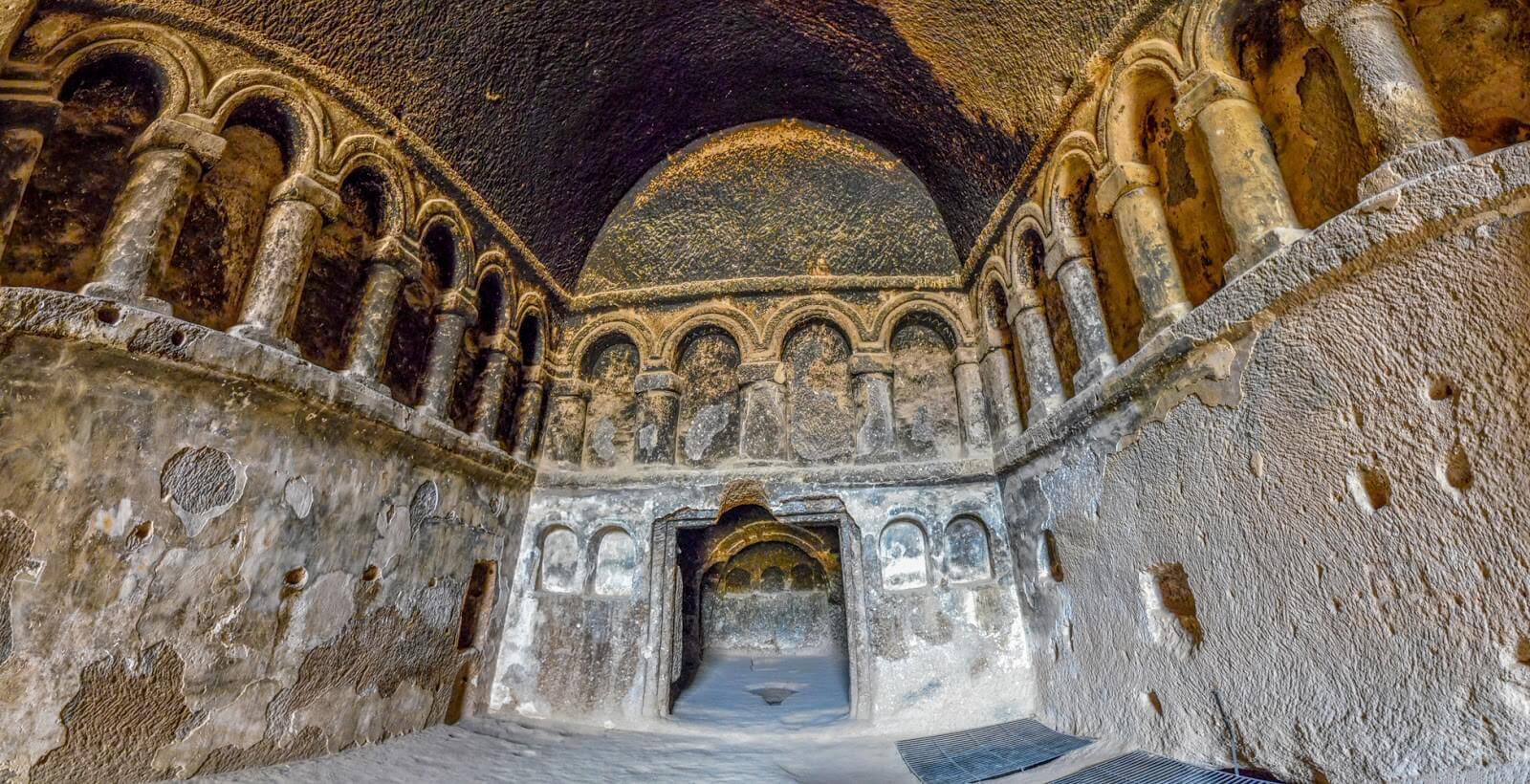 In the third row, there is Saint Jean Church. Saint Jean Church is taking place just at the entrance of the Gülşehir and can be seen with its two-floored architecture. On the floor beneath the surface is the graveyard, the wine cellar, the water canals and also the rooms for attendants. On the upper floor, you can see colorful paintings which are the scenes taken from the Bible. The frescos decorating the church creates an authentic atmosphere in the building. 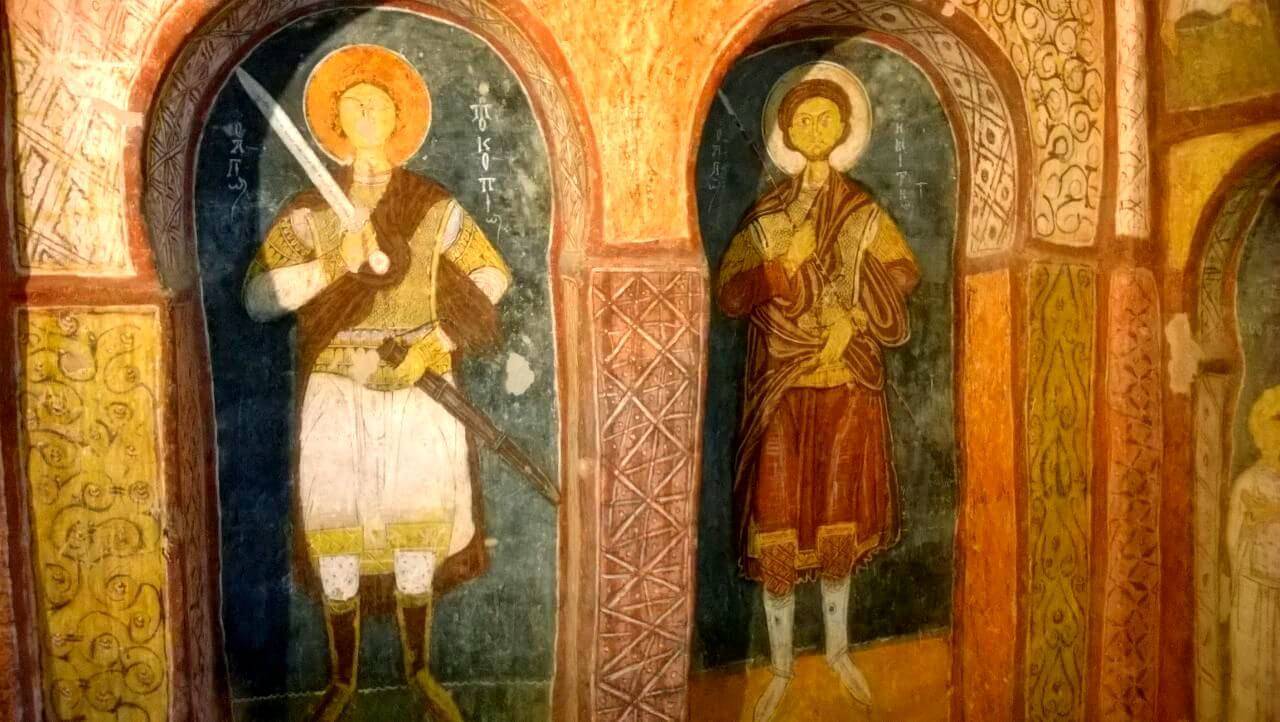 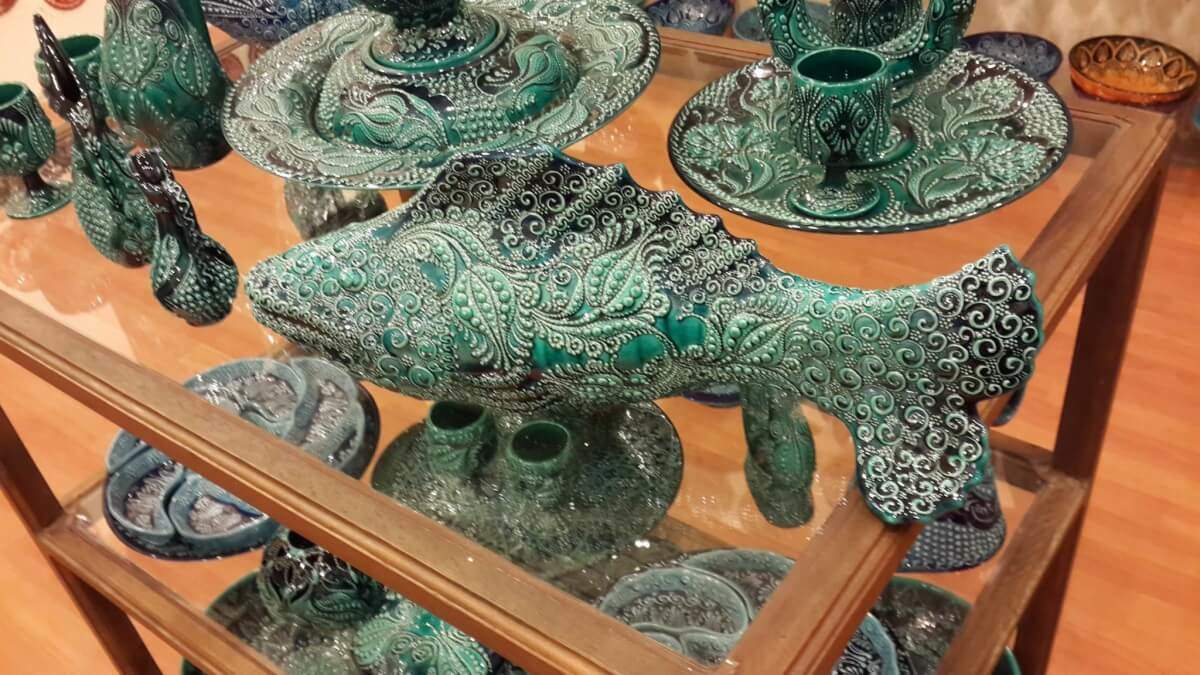