The Triton Fountain Building in the Ancient City of Hierapolis in Pamukkale is one of two large monumental buildings. The building consists of a 70-meter-length pool opening onto the street and two curves from which niches were sculpted to put a sculpture in them. 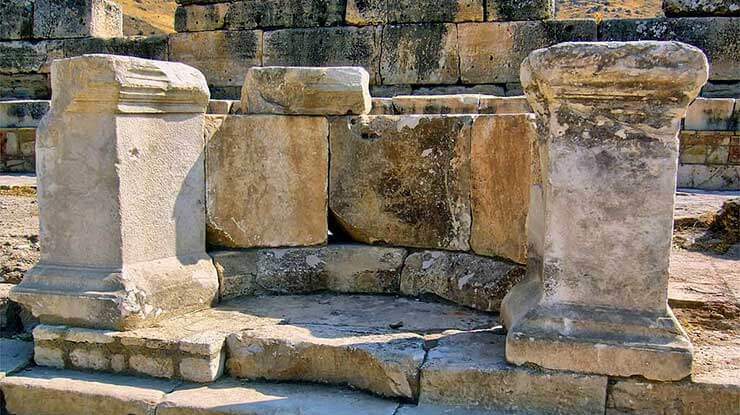 The systematic excavations of the Hierapolis Triton Fountain Building, which began in 1993, fell into the large pool and were covered by a thick limestone layer. It has made it possible to recreate the architectural and figurative decoration elements. Particularly foremost are the blocks, sources, and rivers to which the Amazzonamachia scene is personified. The stylistic character of the architectural elements is dedicated to Emperor Alexander Severus, who wrote on an architrave. They are dated to the first half of the 3rd century AD.