In the Green Mosque and Complex located in the Yeşil Town of Bursa, the construction of the mosque was first built. In the Arabic inscription on the crown door which is placed northern edge, Haci Ivaz Pasha was displayed as an architect and the date of construction was determined as for December 1419. 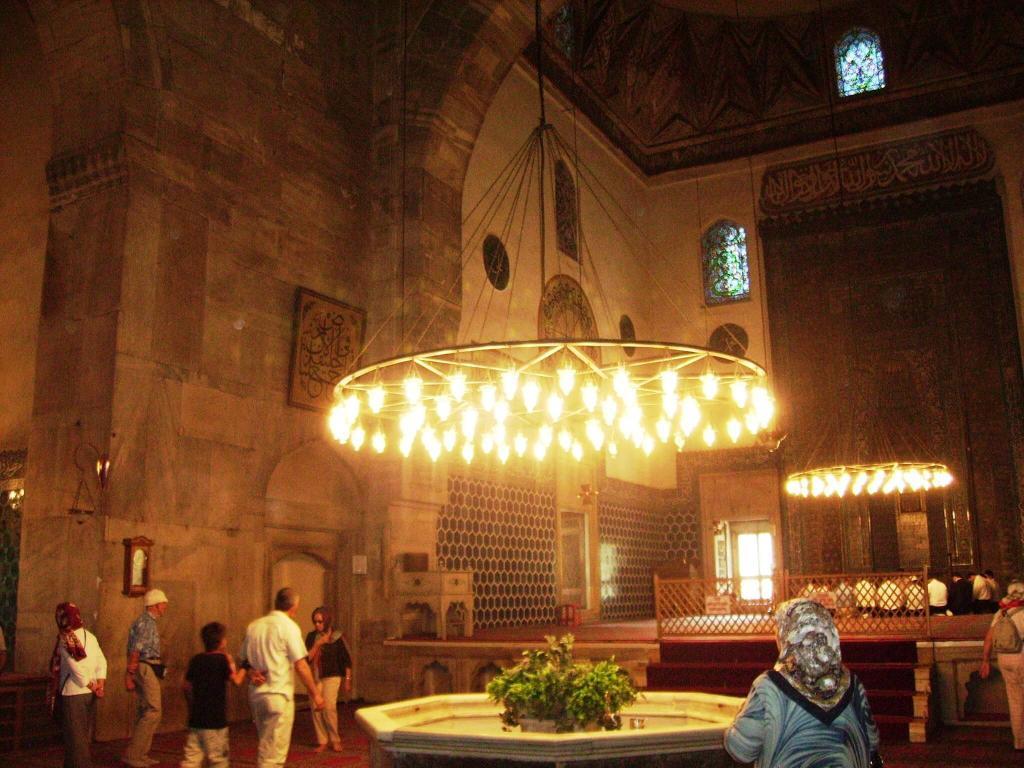 In the structure, on the inscription placed in the special place for sultans (hünkar mahfil); It is stated that the painting of mosque was made by Ilyas Ali and the date of building of the ornaments is 1424. The Green Mosque and Social Complex, which was started to build during the reign of Çelebi Mehmet, was completed during the Murat 2 era. The mosque, the madrasa, the almhouse, the bath and the mausoleum of the mosque are used today as the Museum of Turkish and Islamic Works. 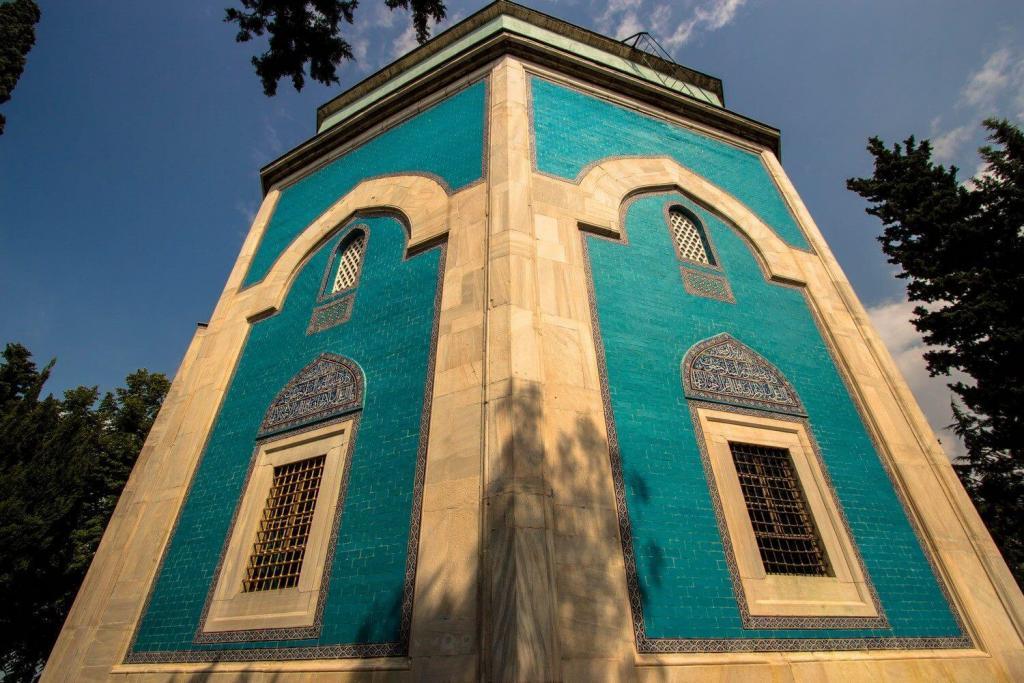 It is one of the oldest architectural works of the Ottoman Empire. The Green Mosque was also used as a government mansion at the time. It is an enormous structure with two domes and two floors. Built with reverse T plan. There are excellent carved ornaments in the main gate of the mosque. The area of worship is reached by passing through the two columns with Byzantium heads. There are symmetrical rooms on both sides. At that time, it was used to discuss the issues at sanjaks. These rooms were later used as a courtroom. The stairway leads up on the two sides of the entrance. There are the houses of Hunkar and palace. Minarets of the mosque are one in the northwest, the other in the southwest corner. Today’s minarets were rebuilt after the earthquake of 1855. It is estimated that the previous minarets were covered with green tiles giving the name of the mosque. In addition architectural features, calligraphic works, marble and wooden workmanship of Green Mosque reflects the understanding of the advanced art of that period. 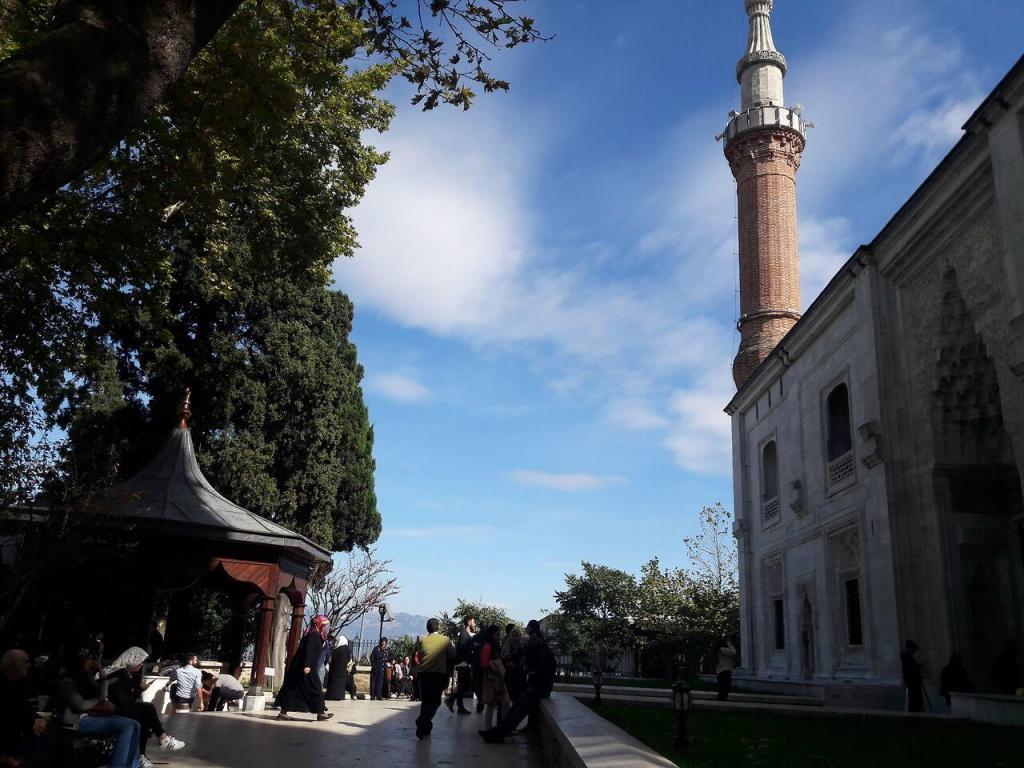 Brick and cut stone were used on the wall of the Sultaniye Madrasah, which is about a hundred meters away from the Green Mosque. It is surrounded by domed cloisters from three sides of a rectangular courtyard. On the other side of the madrasah, there is a large domed-classroom, with student rooms on both sides. In the middle of the courtyard, there is also a fountain pool made of marble. It was estimated that it was built during the reign of Sultan Mehmed the Conqueror, but the remains of the day did not remain. 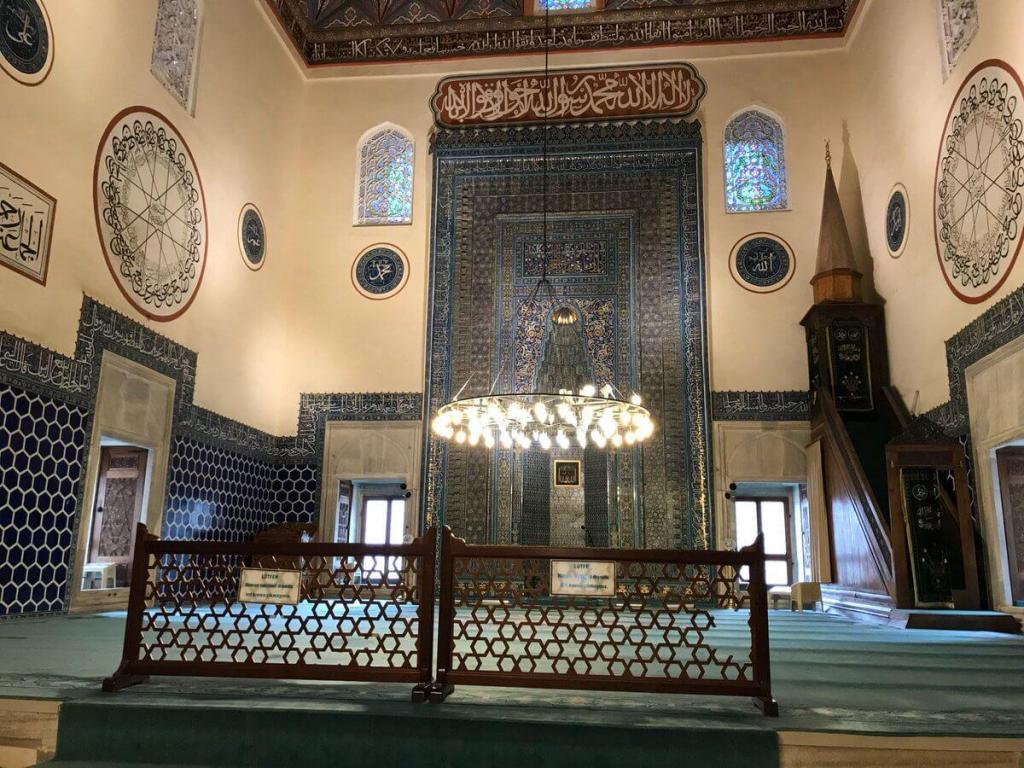 Imarethane (soup-kitchen) and Green Tomb built in the 15th century. The restoration works are continuing in accordance with the original structure of the Green Imarethane, which does not remain today. Imarethane is also planning to serve as a soup kitchen like its function in its own period.

Tours CE is a travel agency in Istanbul. We can make itineraries for you or you can choose your tour program between ready itineraries. For any question, please don't hesitate to contact us.
Previous The Basilica Cistern
Next Taksim 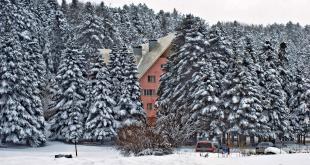 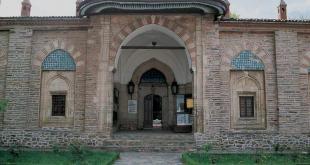