İsa Bey Mosque is located in the Seljuk district of Izmir, between the Temple of Artemis and Saint Jean Church. 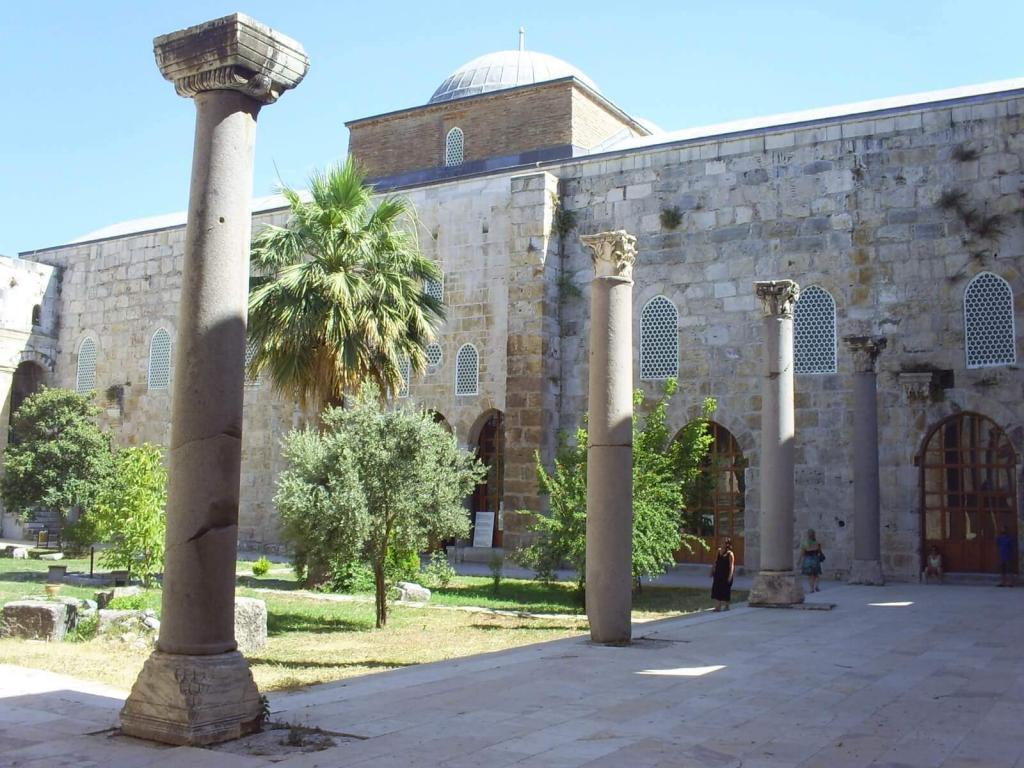 Isa Bey Mosque is one of the oldest and the showiest works of Turkish architectural history belonging to the Anatolian seignior period. It was also used as a caravansary in the 19th century. The mosque was built by Aydınoğlu Isa Bey in 1375. It is the work of the architect Ali from Damascus. 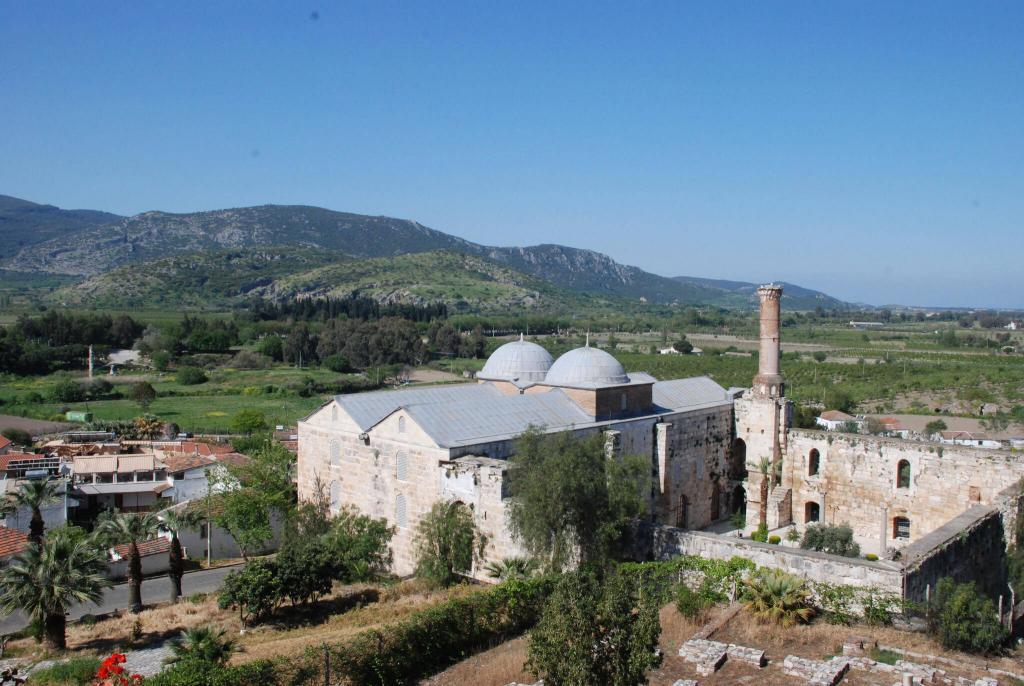 The two gateways located on the slope of the mosque, built on a non-symmetrical plan, are on the west and east sides. The west gate is decorated with letters and geometric shapes. The western walls are covered with marble; the other facades are cut stone. The front, window edges and the frames of both domes are decorated with Seljuk tiles. One of the two minarets rising above the eastern and western doors of the mosque was completely destroyed in the earthquakes that took place in the middle of the 16th century, and the other minaret was destroyed balcony of a minaret. In the same earthquake, the roof of the mosque was destroyed. In 1975, the walls and the roofs were repaired with the works of improvement made by Seljuk mufti, Abdullah Arılık, and the worship was opened again.