In 129 BC, King Attalos of Bergama (Pergamon) inherited his kingdom to the Roman Empire for the entire region to join the Roman Empire as an Asian state, and they benefited from the conditions of this testament. 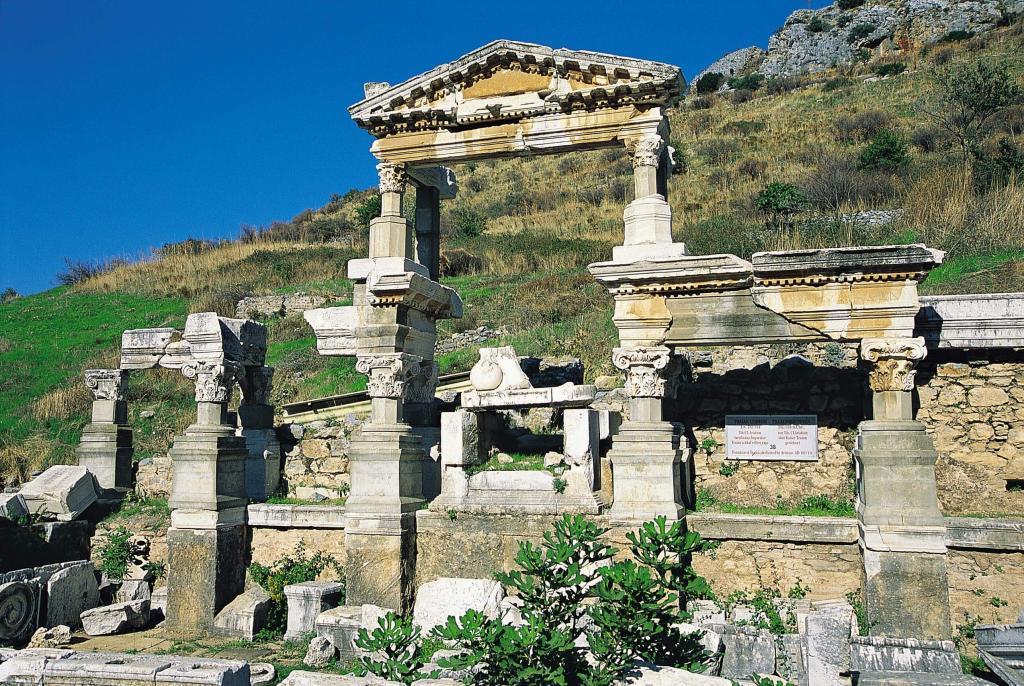 Ephesus became a very important trade center in the period of Augustus and after. Historian Aelius Aristides describes Ephesus as the most important trading center in Asia. At the same time, the second philosophy school in Aegean is the leading political and intellectual center. Ephesus has an important privilege position of the East and the West with its exceptionally good climate, and it also has the importance of having the Artemis structure. Artemision also had an economic role, apart from a civilization. A bank has become increasingly an investment because it is the most important local landlord and multifunctional as a refuge for refugees. 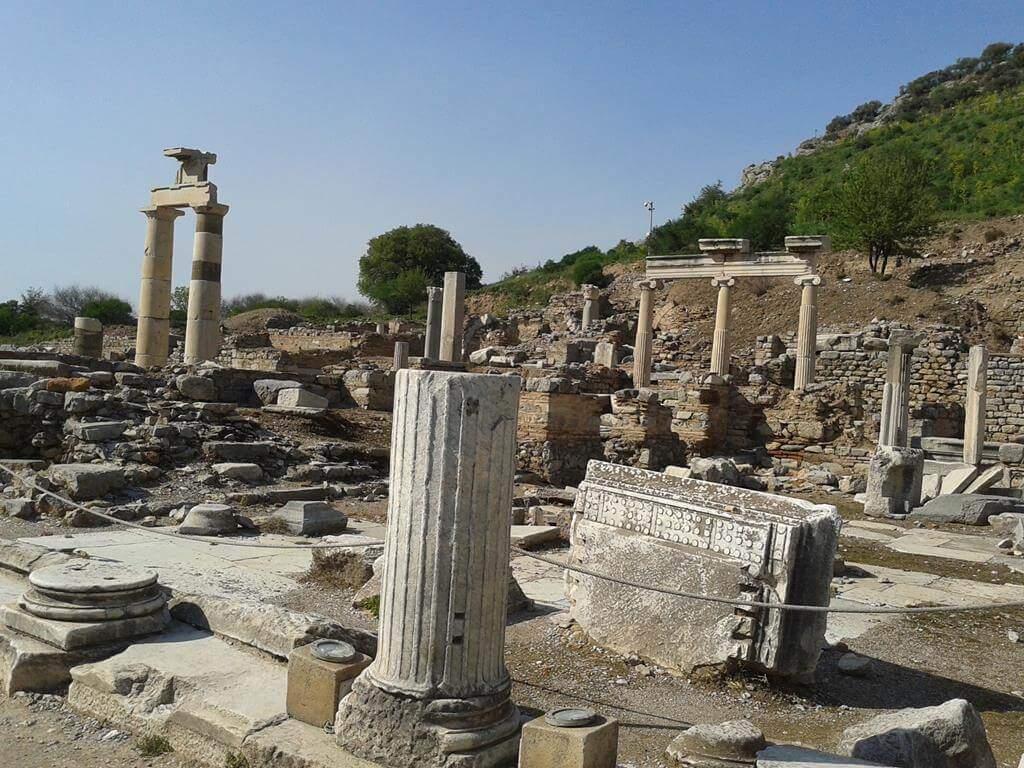 From the 1st century onwards, Ephesus was visited by the disciple who tried to spread the belief in one God of Christianity doctrine and therefore forced to escape from the Roman cruelty. As we have learned from the written sources, St. Paul stayed in the city for three years from 65 to 68 years. It is where he gave his famous sermons and told listeners to embrace one God’s faith. Later in the 1st century, Evangelic St. John came to Ephesus – along with the legendary Virgin Mary – and eventually buried in Ayasuluk Hill. The 2nd century AD witnessed the golden age of Ephesus. Numerous honorable monuments are built to the public and the people of Ephesus by private citizens. Ephesus gained the privilege to build the temple for two emperors, one in honor of Hadrianus, the other of Domitianus. 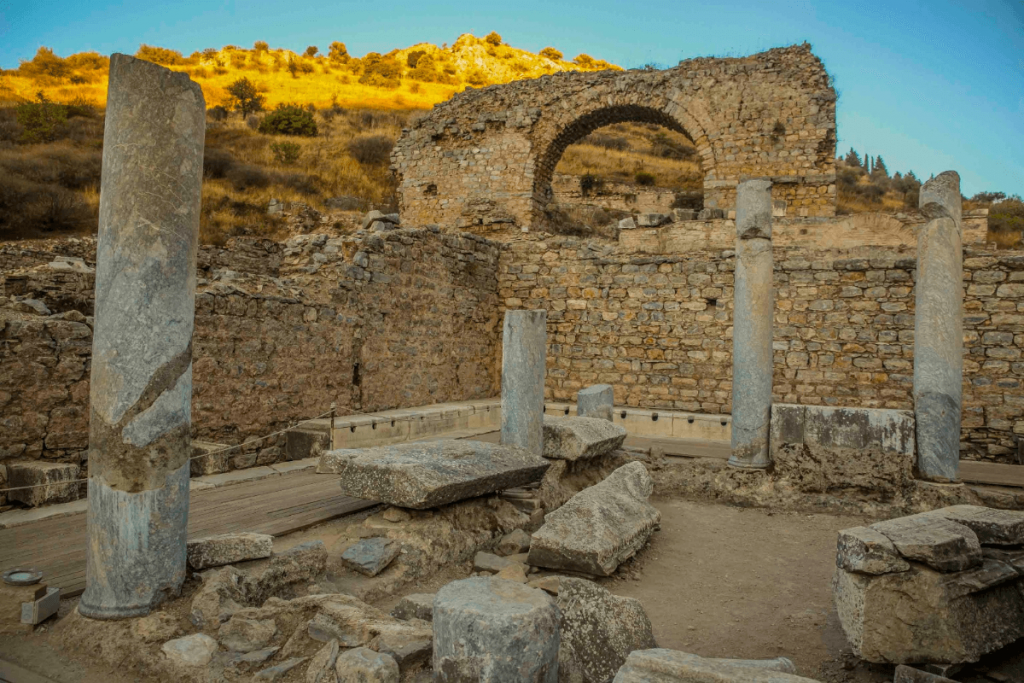 In the 3rd century, Ephesus and its surrounding country are devastated by Goths. In addition, the entire city becomes fell into ruin with a severe earthquake that lived around AD 270. At that time, the earthquake and destruction of the Gothic tribe, which the temple of Artemis was still practiced, had serious consequences for the future religious development. The temple continued to function until 381. Despite the continued worship, the people of Ephesus turned to religious ideas based on salvation. The Egyptian god Serapis and Christian Jesus Christ have grown up and become more popular alternatives to the old official cults. 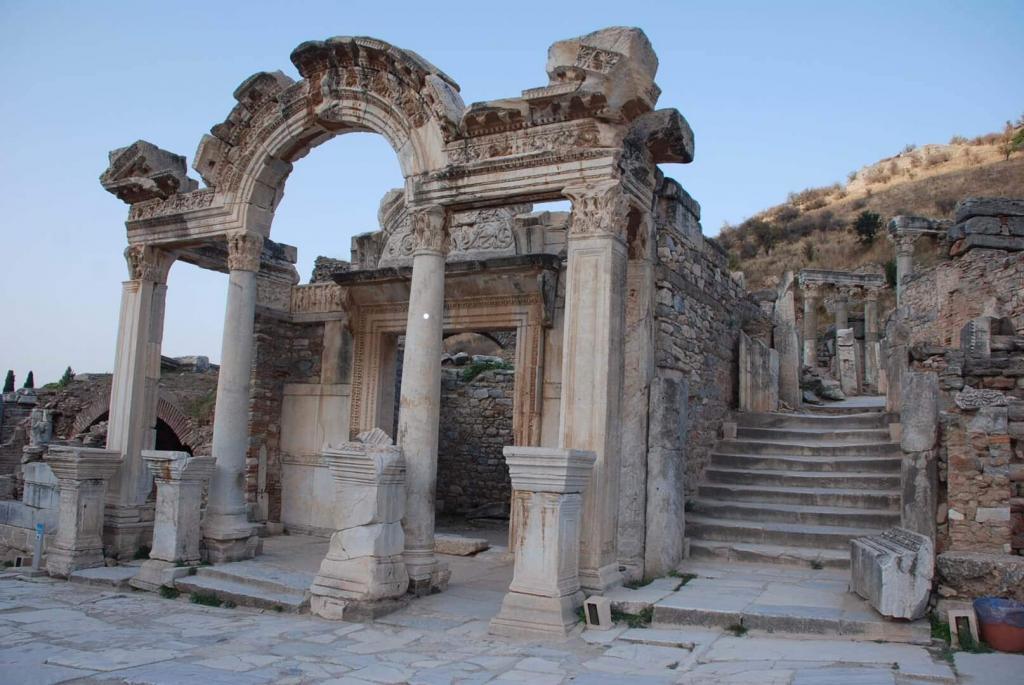 During the reign of Emperor Theodosius I in 380 AD, everyone in the empire Catholic faith was imposed and paganism was ‘officially’ dead. This new movement, rising with the spread of Christianity, leads to the gradual abandonment of all the structures that witness the existence of polytheism culture, and to the building of Christian churches in their place. In 431 the third ecumenical consul is made in Ephesus. The city is moved to the old port area where public buildings, churches, and habitats were built. Life in this area continued until the 14th century. However, at the beginning of the 10th century, a second Byzantine settlement developed around the near of Ayasuluk Hill. The exchange of power relations shows itself in the 11th and 13th centuries. After 1206, for the first time under the sovereignty of the Laskarid Dynasty, a longer peace period was provided. The center of Ephesus / Ayasuluk or Altaluogo settlement according to name in Italian sources, is located around St. John’s Basilica. Eventually, in 1304 Ephesus was captured by the Turks, but continues to be an important center for Christian crucifixion and is visited by countless travelers on the Holy Land route. Despite the economic difficulties, Ephesus / Ayasuluk remains an important commercial center and regional maritime power. Ephesus is the important port sultan’s son from the city of Aydın and after 1348 it became the capital of the empires. 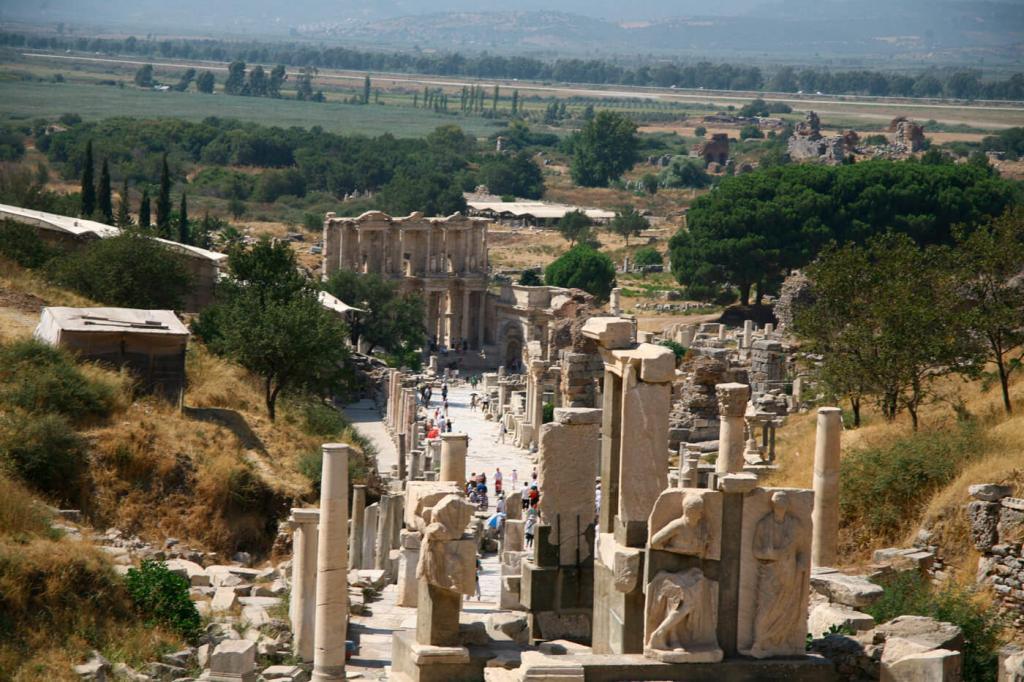 Ephesus city passes the last years of prosperity at the beginning of the 14th century and at the beginning of the 15th century under the rule of the Aydinogullari of the Seljuk Emirate. In 1402 the city was attacked by the Mongols under the command of Timur. After the Mongols have left the city, the emirate will reestablish. After 20 years of sovereignty, the Ottomans conquered the city in 1425. Prosperity continues throughout the 15th century. But there is a significant regression soon. In the 17th century, in this old metropolis, which has been ruined, only 100 people live, malaria caused to dead people and animals. 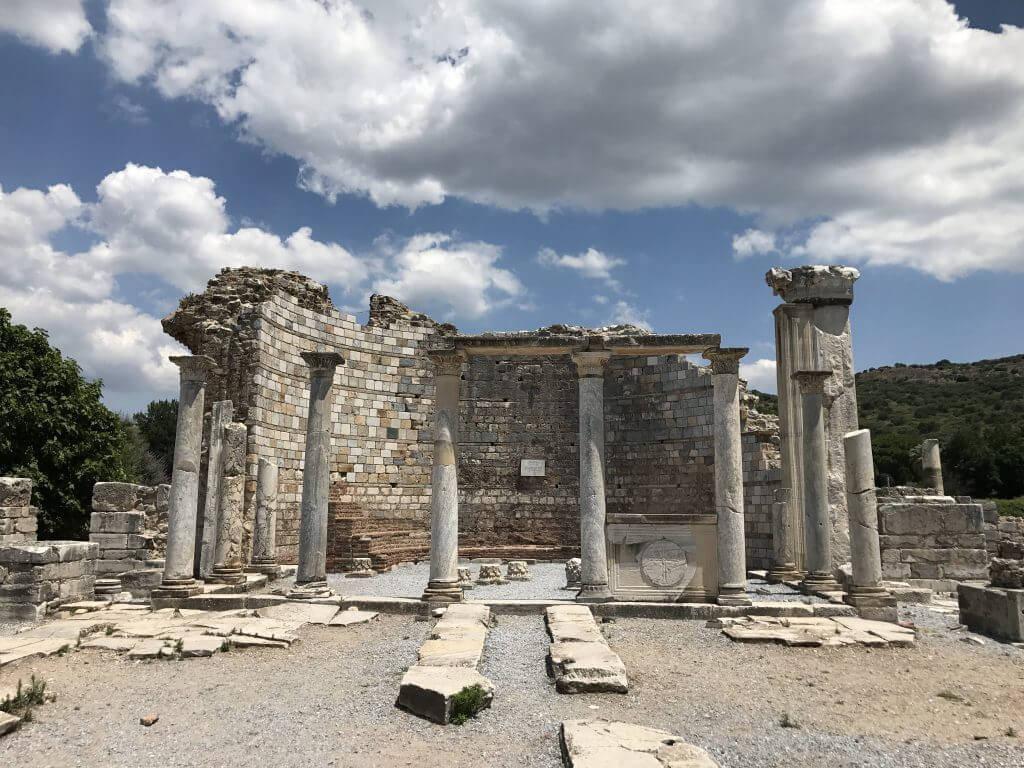 When the time is the 20th century, the sand carried by Menderes had extended the oven to 5 km. After Ephesus was abandoned and slowly began to collapse, the ruins of old glorious structures were used as a source of raw material. These structures were disintegrated, reused and processed. In the early modern period, these tremendous ruins, which provide information about Ephesus and Ayasuluk for travel reports and sketches, have been the targets of numerous tradesmen. During the following centuries, the settlement was often mentioned in the descriptions of travelers primarily in English and French sources. Turkish traveler Evliya Çelebi has made the most detailed and best description of the Turkish remains while European travelers mainly deal with ancient relics.