Mustafapaşa is an ancient Greek village whose name was Sinasos before. Mustafapaşa, which is one of the most natural places of Cappadocia, is located 6 km from Urgup and 25 km from Nevşehir. Mustafapaşa is so rich in terms of places to visit that when you come to Ürgüp, you have to spend at least as much time in this charming town that smells of history.

Information About Mustafapaşa in Cappadocia

Mustafapaşa is a cultural gem with Orthodox Greeks living close to 700 years of population, until the 1924 population exchange. Residents of the village were Greek merchants who sold wine and medicinal products at that time. In exchange, the residents of the village were sent to Greece and replaced with Turkish population. Sinasos architects, who transformed stonework into an artistic architecture, came from Mardin and the Syrian border, according to a custom told in the region. The rumor is that the houses in Mardin and Mustafapaşa houses are very similar to each other. Today the town protected by the Ministry of Culture opened in 1981. In Mustafapaşa, with its 93 houses, close to 30 churches and chapels offer a visual history festival. 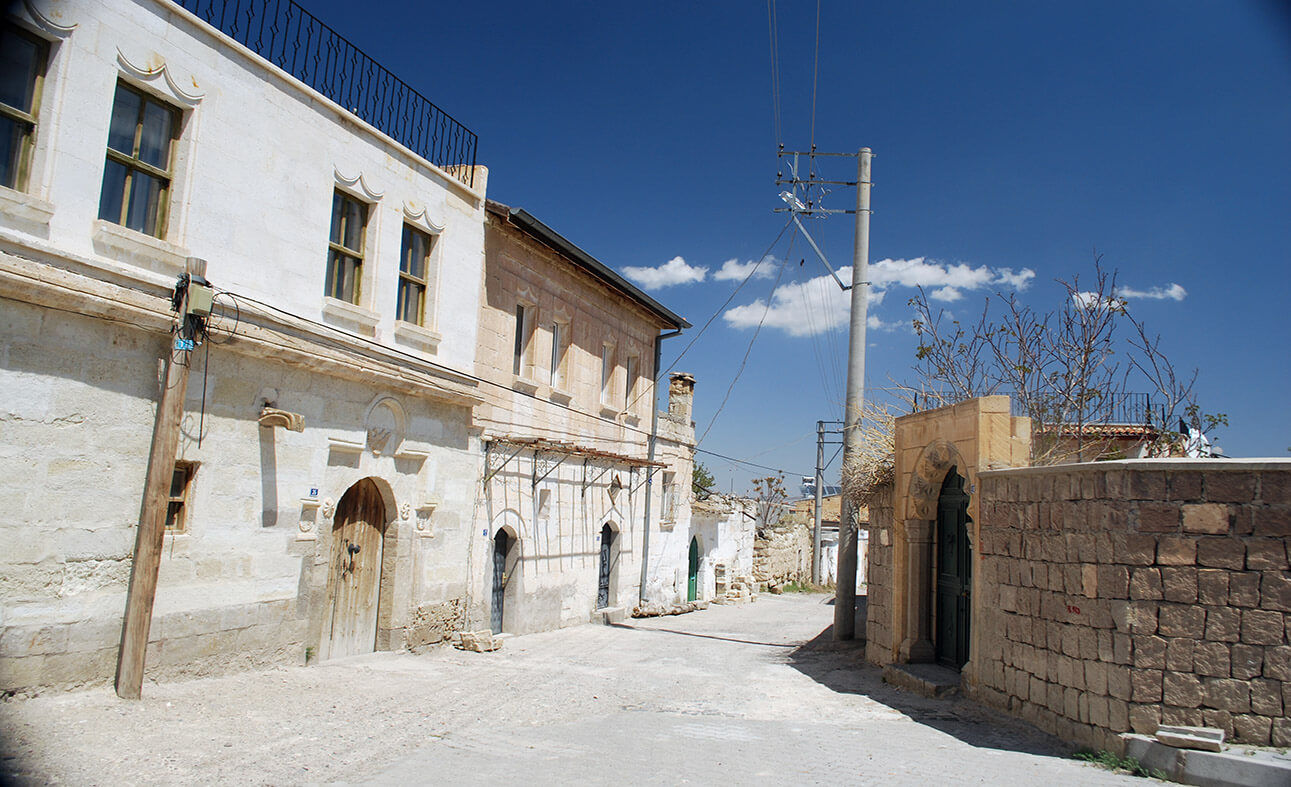 At the entrance of Mustafapaşa, you will meet Chez Ismail in front of Mehmet Şakirpaşa Madrasah. We recommend that everyone who comes to Mustafapaşa to meet this wonderful person. He will meet you with a smiling face and describe the places you need to see around. If you stay, he will give you a chair and call you to chat further and order you a hot tea. This beautiful person’s shop is Mustafapasa’s first souvenir shop. Maybe you want to get something. Even if you don’t say hello to Chez İsmail and start your trip beautifully. 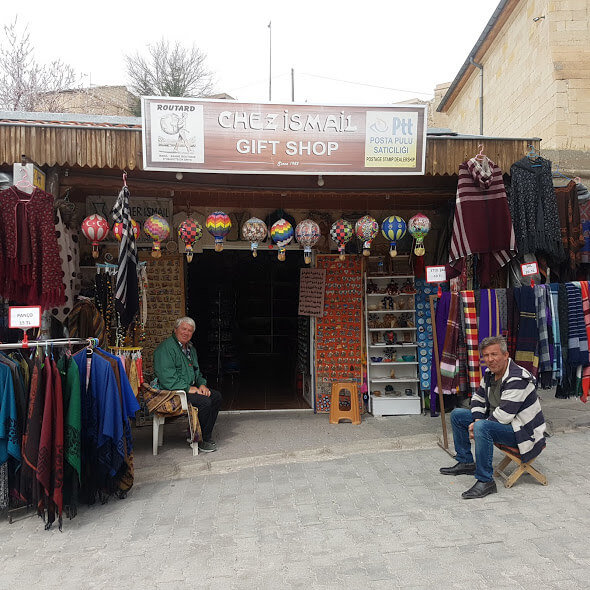 Places to See in Mustafapaşa

Mehmet Şakirpaşa Madrasah, located in the middle of the square of Mustafapaşa, is the most important Ottoman artifact in the town. The name of this work, which was built in 1900, is also known as Caravanserai. The architectural plan of the Madrasah was asymmetrical, and the entrance gate was made of a crown. The Arabic book in front of the door mentions the goodness of Mehmet Şakir Pasha and the tughra of Sultan on the front side is processed. When the entrance to the courtyard is opened from the top of the crown of the Madrasah, you will see an arched portico supported by eight-sided pillars.
Mustafapaşa is the first building to be seen among the places to visit. Today, the madrasah is being used for educational purposes as Cappadocia Vocational High School. Just opposite is Mustafapaşa’s oldest mosque, the Cami-i Kebir built in 1601, along with Sheikh Ali and Sipahi Mosque. 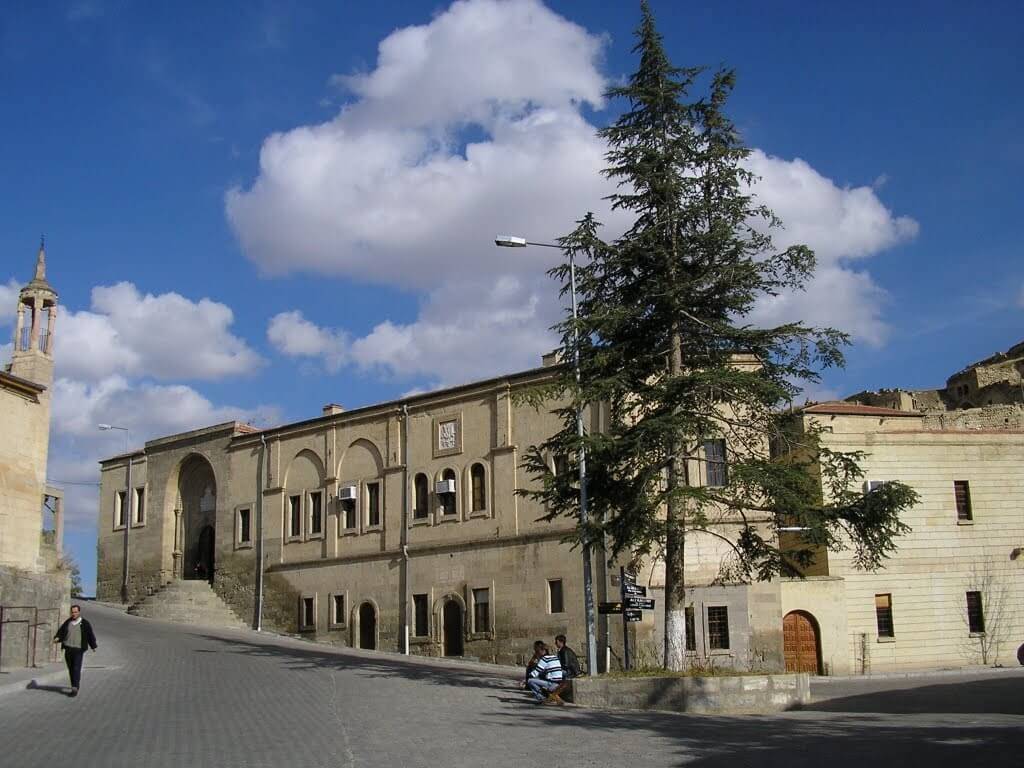 The St. Nikolaos Monastery is a monastery that is respected both by Muslims and Christians. Some of them are made of masonry, some of which are carved into the rock, the monastery is made up of four adjacent places on the lower level. From these sections, the wall paintings in the south are now hardly picked, but they point to the most stylistic aspect. Above these structures, there are places on two different levels where it is not understood how they are made. In these areas, there is a cradle-vaulted, two-roomed, and yet another unknown gravel structure in the southwest direction. Although a large part of St. Nikolaos Monastery has been destroyed, it is worth seeing in Mustafapaşa. 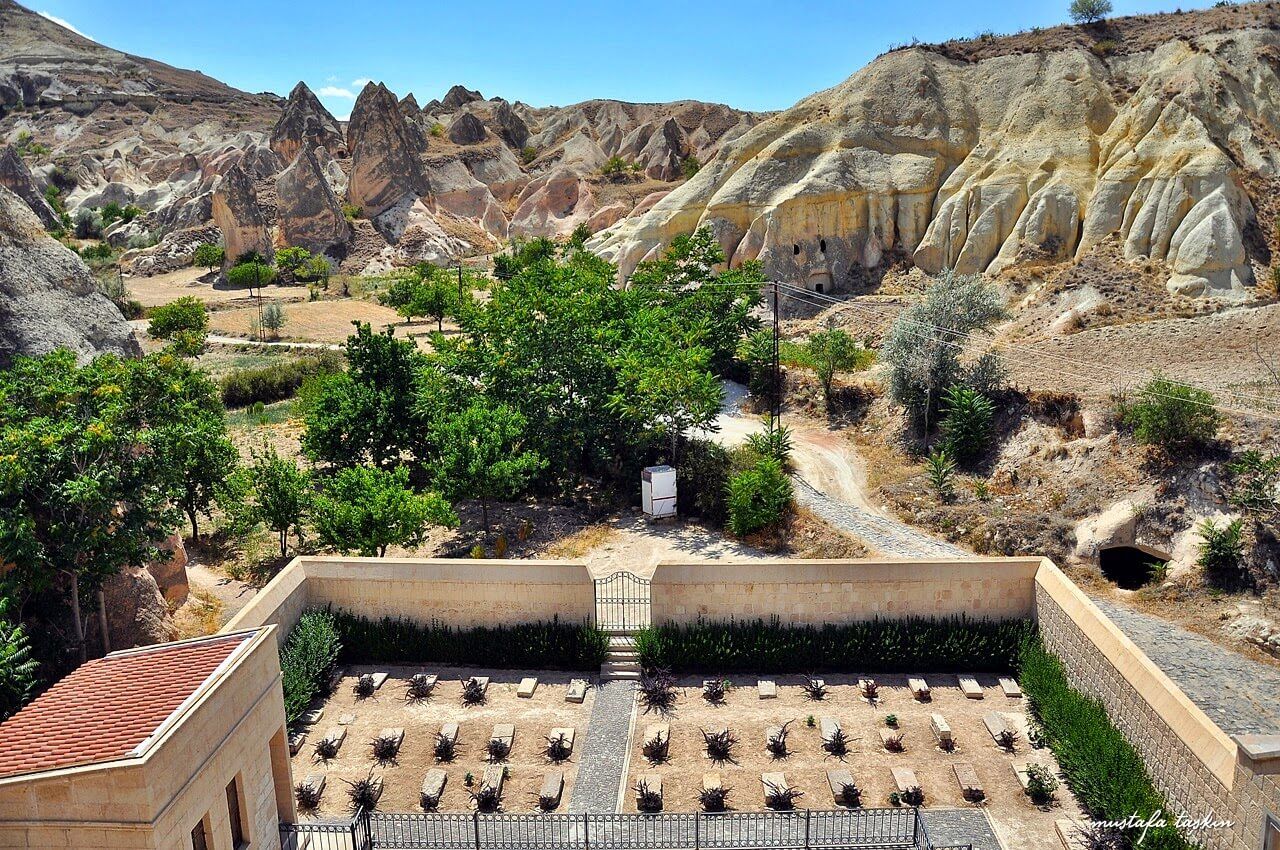 The Church of Constantine Helena, which is still open to the public in Mustafapaşa, is a place that stands next to the municipal building in Cumhuriyet Square. It is written in the book on the door that it was made in 1729 during the Ottoman period and that it was repaired in 1829 and during the reign of Sultan Abdülmecit in 1850. In 1895 a bell tower was added to the structure. Unlike the frescos with cut stone architecture and basilica-planed churches, unfortunately, there are no clear-cut statues left. The church is also called Constantine Eleni Church in some sources. 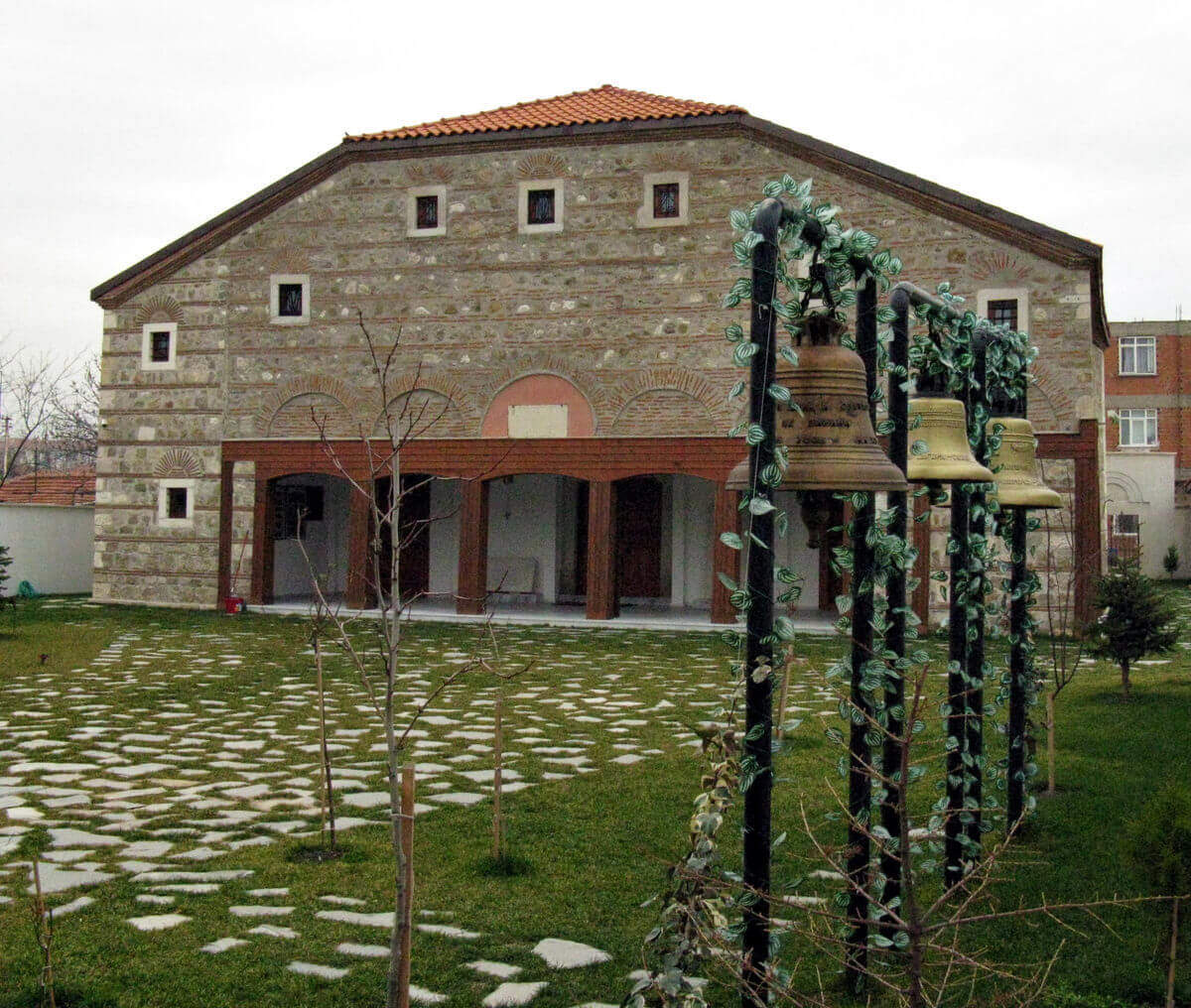 St. Vasilios Church, a church built in the north of Mustafapaşa, east of the Bey River Valley, built in the 19th century as a post-Byzantine church. You can reach Sümer Street in Mustafapaşa in 15 minutes. The church is entered from a small room with stairs. On the right wall of the entrance Jesus, a ‘Deesis‘ scene, Mary and Baptist Yahya are depicted. Among the churches in the province only this church has Saint-Yuannis stage, and among the frescos, there is Pantaktrator Jesus in Naos. 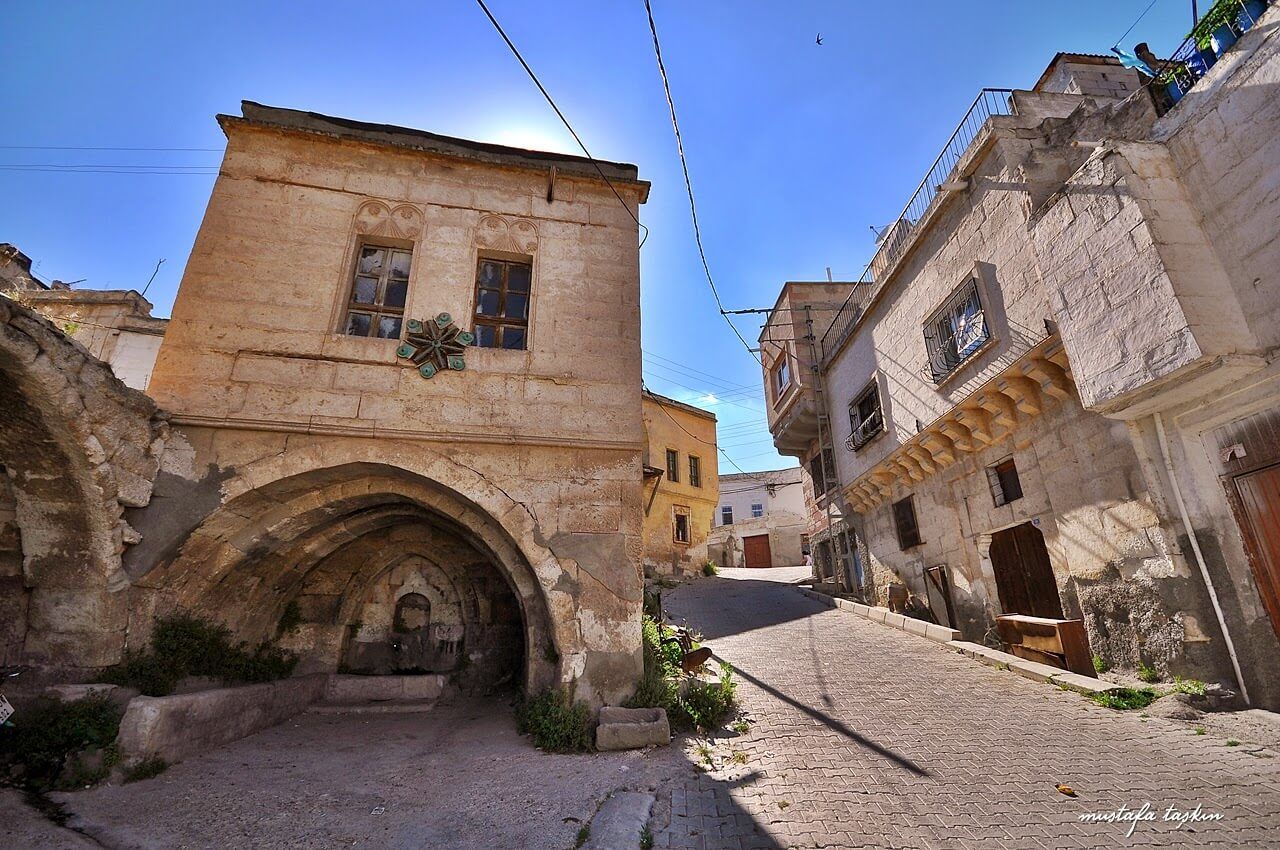 Approximately 2 km west of the town, Saint Basil Chapel is a structure with two abscissas and a rectangular plan, dating back to the Iconoclastic era. The ceilings were made flat and supported by two nave columns. The half-relieved columns on the western walls of the nave are painted with red vaccine paint and niches are placed between them. The walls of the east nave are decorated with floral and geometric patterns. There was a grave near this nave, which is thought to belong to the church. Nave was decorated with three pilgrims and palmettes where the patriarch names were written instead of the depiction. These crosses, symbolizing Isaac, Abraham, and Jacob, respectively, were made according to some scholars, representing Golgota 3 volume or paradise. The large crucifix motif on the pan is again decorated with geometric and vegetative shapes. It is believed that St. Constantinos is represented in the inscription on the cross in this cross. Also in front of the abscissa is the important staging of Saint Basil and Saint Gregorios. 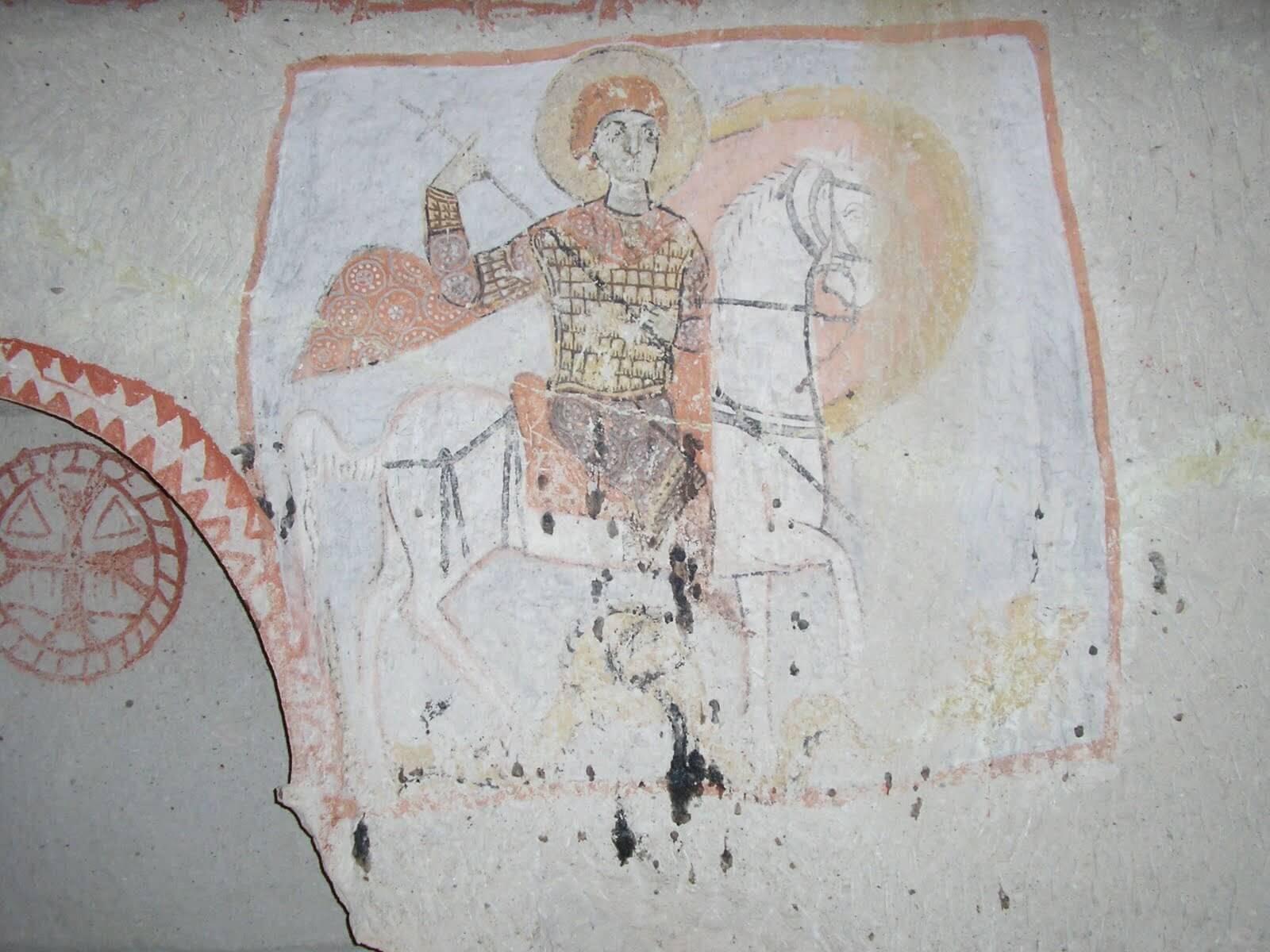 One of the most beautiful valleys of Cappadocia, the name of the Hidden Valley, was taken from the owner Mehmet Balta who organized the area as a concert and picnic area and opened it to the public. You can walk to the southwestern direction of Mustafapaşa, a place that is hard to find as it is hidden. The St. Grigorios Church, which you will see at the entrance to the valley, is a small church built in the style of a basilica and rebuilt by the Greeks when it collapsed. Within the single abscissa church, there are two tombs believed to belong to the workers in the restoration of the church. 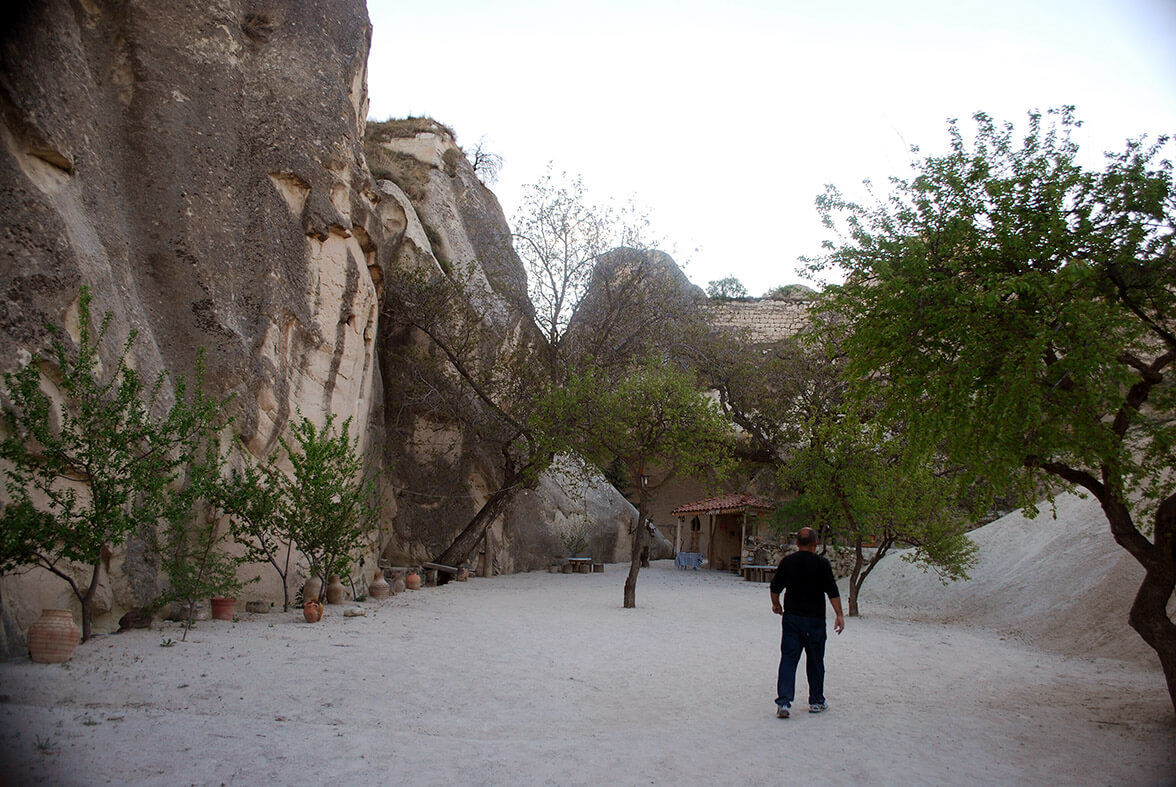 Cappadocia Museum of Art and History

Mustafapaşa Cappadocia Museum of Art and History is located between places to be restored as a 150-year-old mansion and established as a private museum connected to the Ministry of Culture. This Cappadocia exhibit showing a different aspect of the culture with baby toy museum was a first in Turkey with this feature.
If you are interested in Cappadocia’s history, art, culture, and storytelling, then you certainly have to see this museum. None of the dolls used in the museum were fabricated, they were all handmade and collected abroad. You can visit the museum, which is open every day except Monday, between 10.00-18.00. 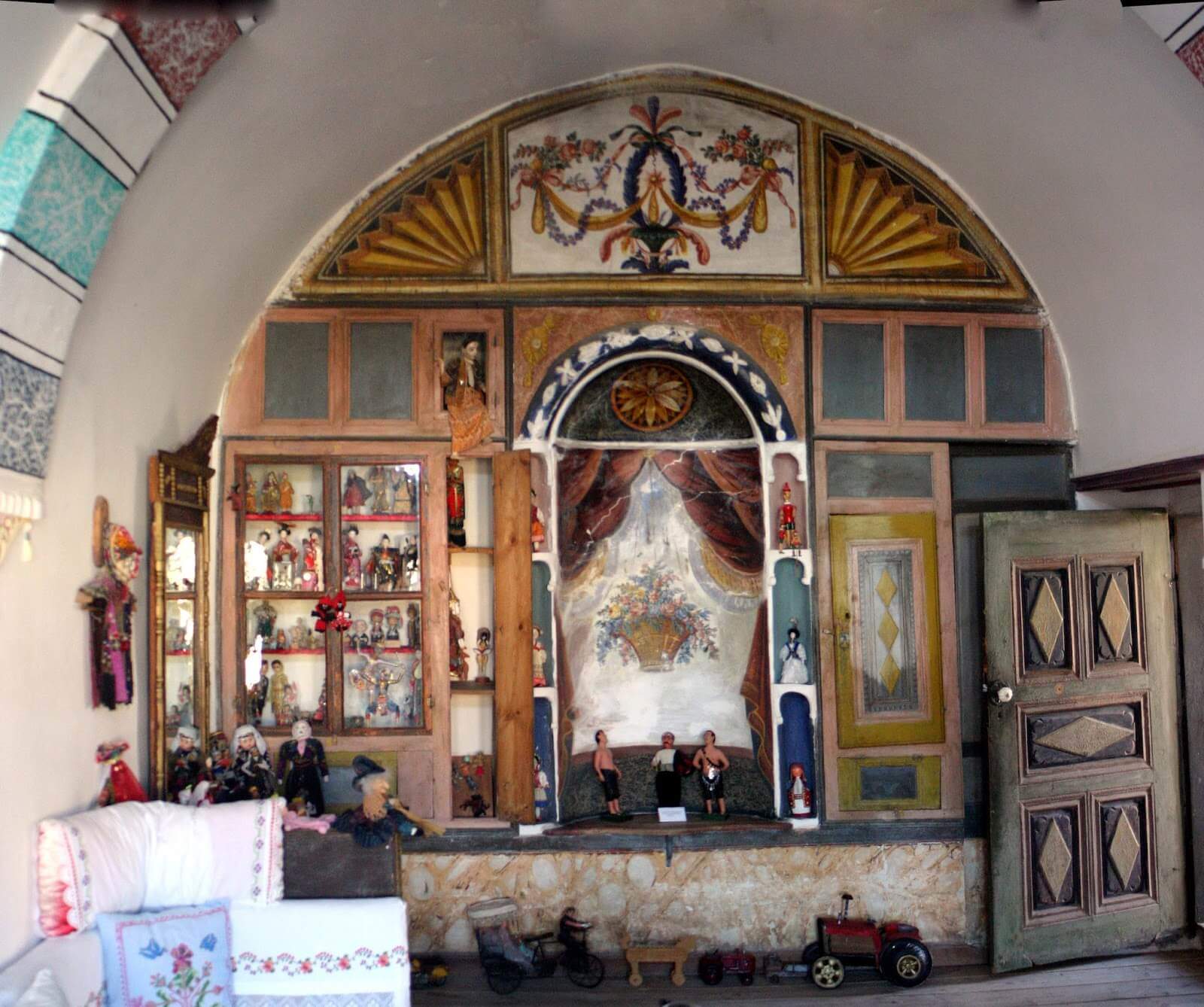 The Gomeda Valley on the west side of Mustafapaşa Town is called ‘the little Ihlara‘, ‘Bey River Valley‘. The natural formation of the vanguard, which was hidden in Cappadocia and whose awareness was less than the others, was also the subject of horror films. Apart from the Gomeda ruins at the entrance to the valley, when you follow the Bey River, you will encounter churches, monasteries, pigeons on the slopes of the valley. If you want to add some mystery to your trip and have a lantern near you, let’s also say that there are quite a lot of dark tunnels and caves in the valley. Valley’s plantation will create a colorful atmosphere for your walk. You will also enjoy the nature with the flying butterflies while lounging around the branches of fruit-filled trees.
If you want to see some of the art while taking pictures of the pigeon houses that resemble apartment floors in the Gomeda Valley, we suggest you visit the Alakara Church, which is right on the right side of the valley. There are a few of frescos left with single abscissa. In these frescos, the images of saints, angels, the Holy Jesus, and the 12 apostles are depicted. 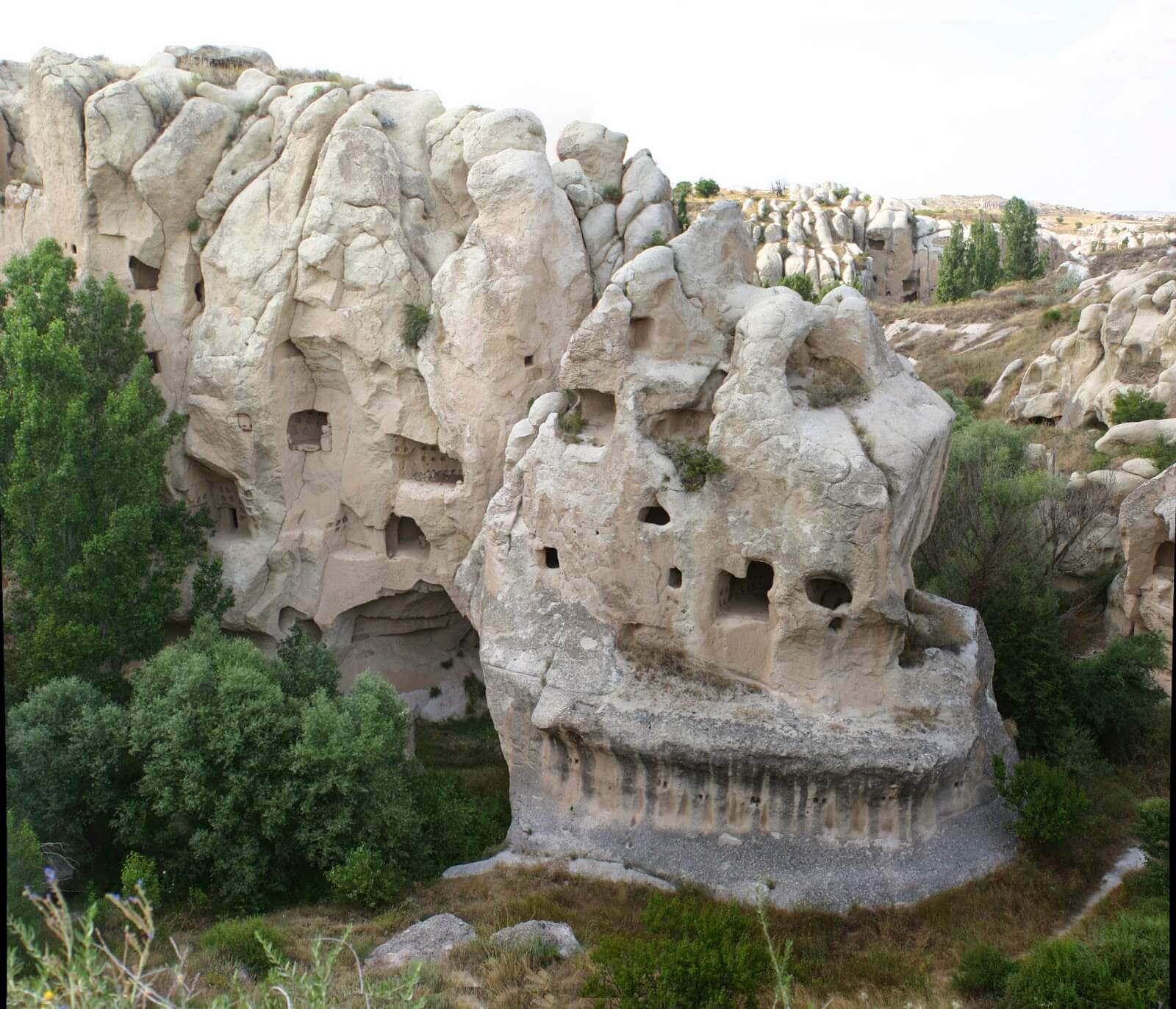 Aired in 2002 and become a blockbuster, “Asmalı Konak” TV show gets its name from this mansion, which was built in 1887. Even though the years have come and pass, being the inspiration for an unforgettable show, this mansion is now used as a hotel and a restaurant named “Old Greek House“. 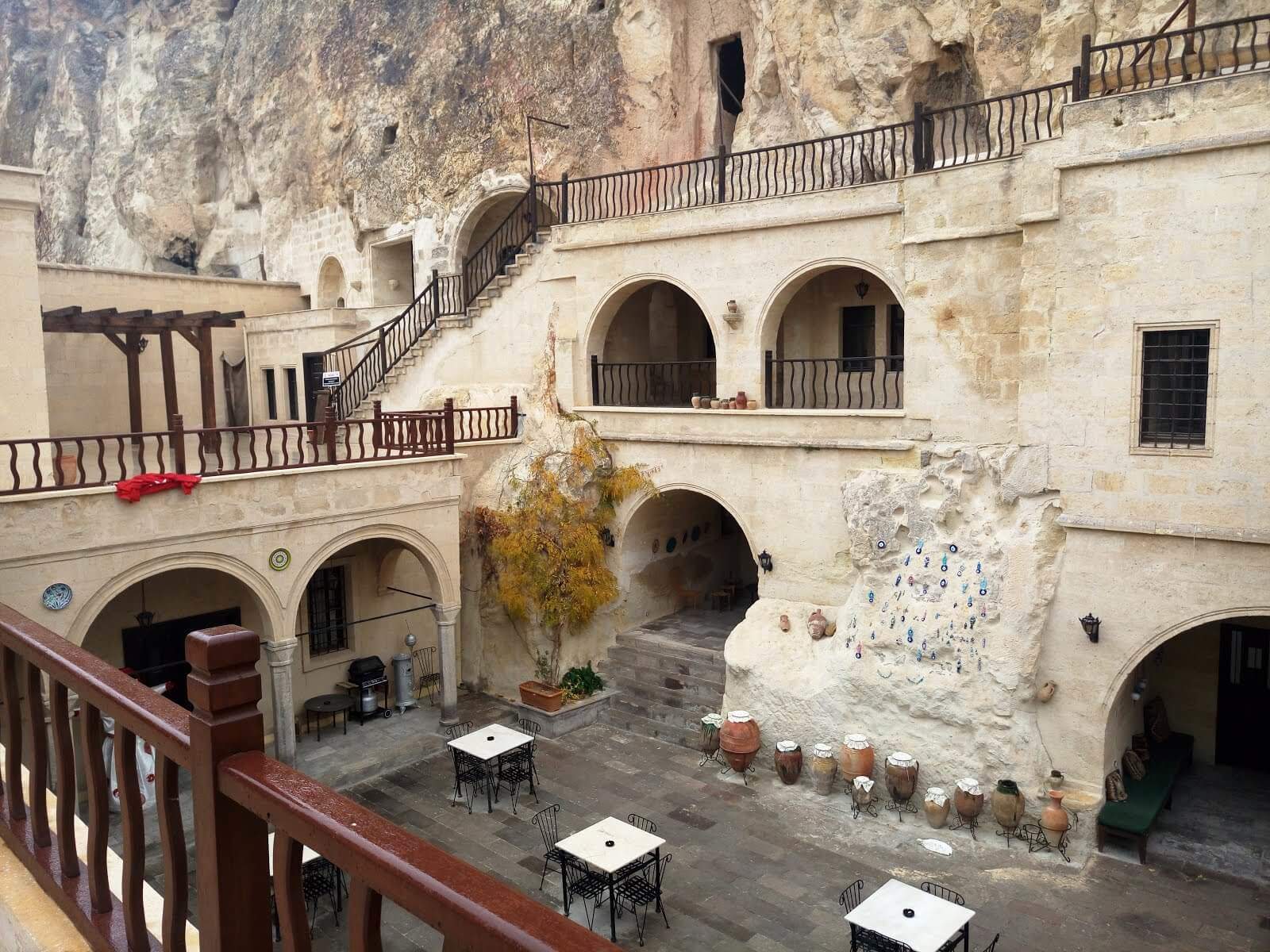 One of the most remarkable places in Mustafapaşa, it would be a shame to not mention this bridge in this beautiful village. This three-eyed bridge is built in purposes of connecting two districts together in 1865. If you want to take a photograph it is just a little away from Zafer Street which is near Cumhuriyet Square.