On Curetes Street, it is a small but ostentatious building on the left side of the marble road from Celsus library to Herakles Gate. It was dedicated to honor the Roman Emperor Hadrianus. The reliefs depicting the founding legends of the city of Ephesus on the doorway are interesting. These are known to belong to the late ancient age. It is one of the most beautiful structures of the ancient city. The Temple of Hadrian built in Corinthian style, a cella, and a portico. Cella is covered with stone vault. On the front of the portico, there are two columns in the middle and four corners beside each other. There is a vaulted pedestal. There is Tykhe relief on the keystone of the bow. The bow-shaped tympana above the Cella door depict a girl’s figure ascending through an acanthus ornament. In the inscription on the Arshitrav, it is written that the temple was presented to Emperor Hadrian by a man named P. Quintilius. 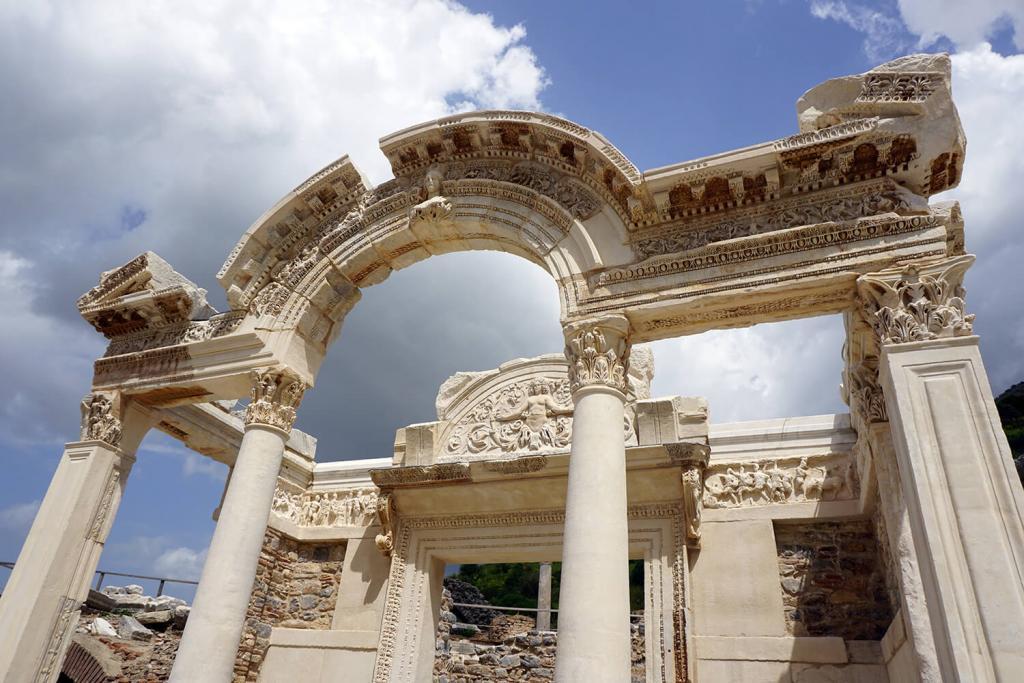 The Roman emperors were considered as a God. For this cult, temples were built for the Emperor’s worship with special permission from the Roman senate. On the front arch, there was relief The God of luck Tyke’s relief, the other arch has the reliefs of founders of the city such as the legendary foundation, gods, and Amazons on the side walls. In the chamber of the cult, there was the emperor’s sculpture. 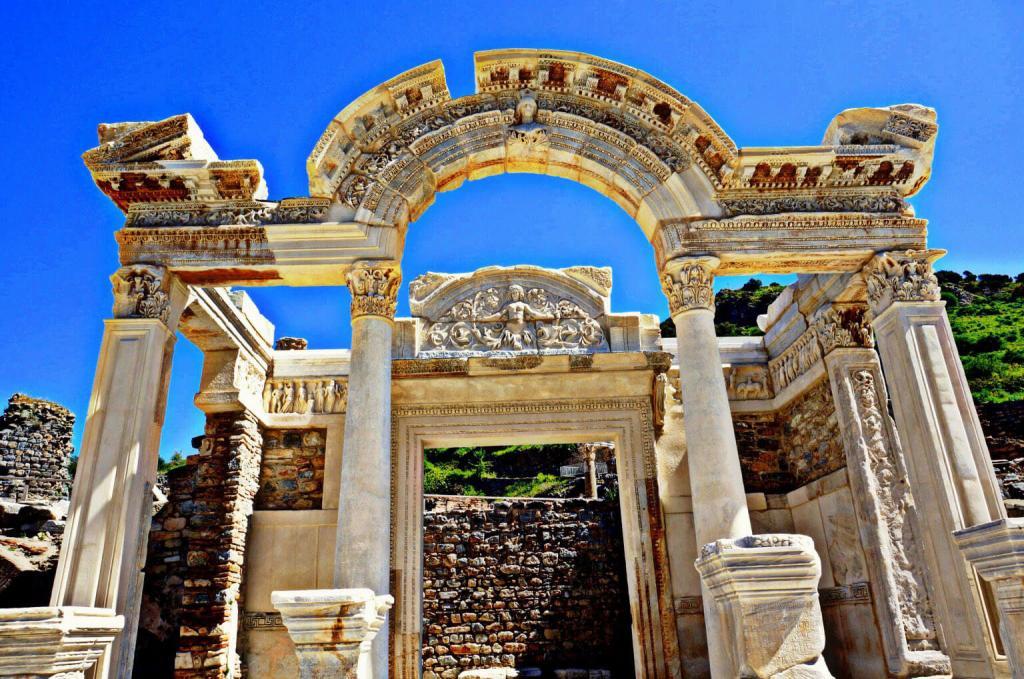 Just below the temple, there was the city’s public toilet. Everyone entered here for a small fee. Especially in the morning, the toilet was used in the accompanied by gossip and debate. Although the rich had private toilets in their homes, they would come here not to avoid these nice times. There was a separate hole for everybody to sit on and all the wastes were transported to the port by a channel with a continuous stream at 3 meters depth below. The water in front of them was used to clean after the toilet with sponge sticks, sponges on each side of each hole. There was a shade above the living places to protect from the rain and the sun. The pool was a small pool in the middle of the square with a water sound. There were two musicians on one corner of the toilet. One of them has the big bell, the other played the flute to hide the sounds. 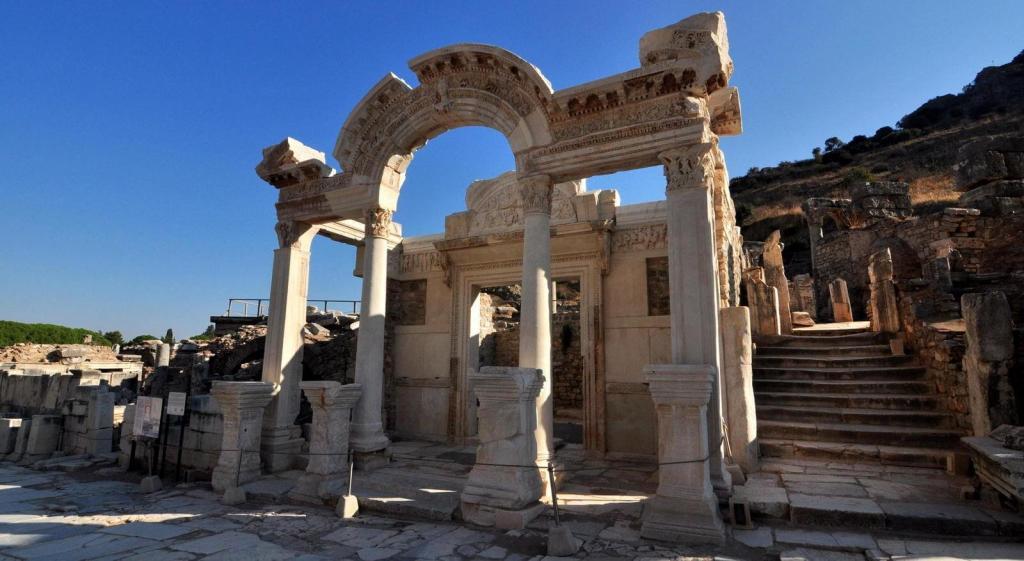 The temple was partly destroyed in the 4th century AD. And then it was restored. At the same time, four reliefs were added to decorate the inner walls of the portico. The origins of the reliefs are in the museum and plaster molds are placed on them. The reliefs were dated to the 4th century AD. These are portrayals of the mythical organization. Here; The founder of Ephesos is the death of the mythological king Androklos killed the wild boar; Herakles’ battle with Theseus; Amazons and gods meeting; Dionysus and the procession, in which the shepherd god above an elephant plays the satyr double flute. There is Hadrian’s sculpture in the indoor compartment. Bronze sculptures of Roman emperors Galeius, Maximianus, Diocletianus and Constantius Chlorus were found on four pedestals standing in front of the temple and staying on four columns.

Tours CE is a travel agency in Istanbul. We can make itineraries for you or you can choose your tour program between ready itineraries. For any question, please don't hesitate to contact us.
Previous The Roman Baths
Next Pamukkale 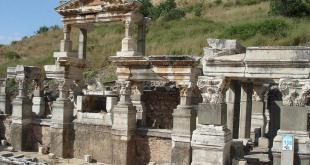 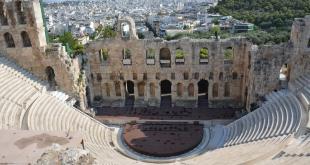 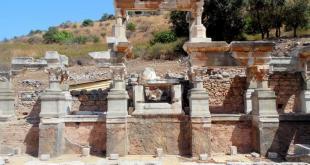 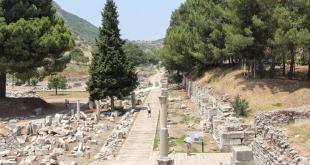 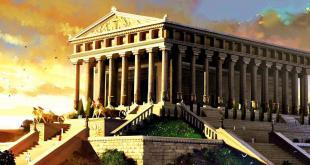 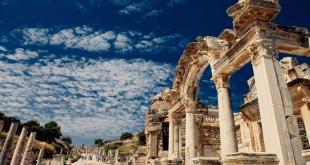