Day Trip to Ephesus from Istanbul 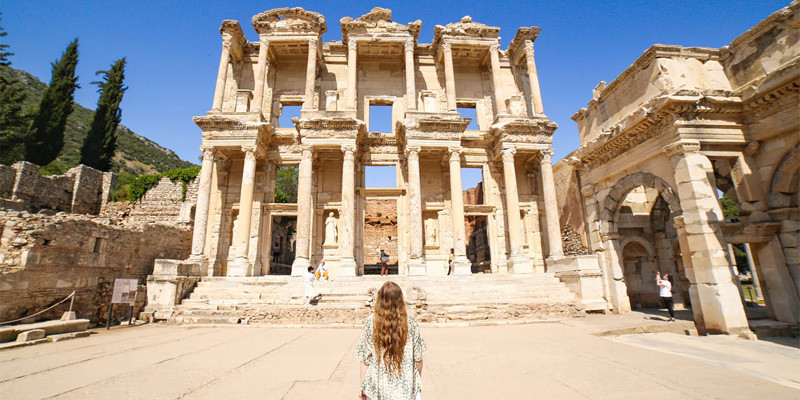 Ephesus which is located in Turkey’s Izmir province is a very important area. This city was built as an ancient Greek city and later used as a Roman city.
There are countless historical monuments in the city that you will be able to see by joining the Ephesus tour from Istanbul.

Ephesus Day Tour from Istanbul is a special tour package that will give you the opportunity to explore this glamorous city in detail. Join this tour. In this way, you will witness history with licensed tour guides.

04:45 am ─ You will be picked up from your hotel in Istanbul and transfer to the airport in Istanbul. “Please note that all the given times can change according to the availability.”
07:05 am ─ Fly to Izmir from Istanbul.
08:25 am – When you arrive at the airport in Izmir, our staff will welcome you by your name sign. Then, you will be transferred to Ephesus Ancient City.

Here the main destinations that are included by the tour: